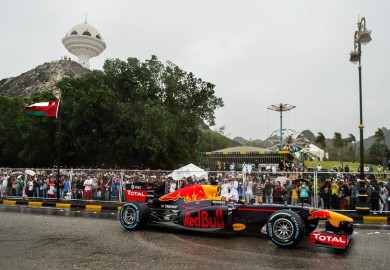 Formula One supremo Bernie Ecclestone strongly believes that Red Bull Racing would be winning races again if it had managed to land an engine deal with its bitter rival, Mercedes-Benz. With the winning engine of Mercedes AMG Petronas F1 Team, it is no surprise that its rivals would also want a piece of its power unit, or at least be able to get its technology. As of last year, Red Bull indicated its intention to get an engine supply deal with its Mercedes. It wasn’t clear how the negotiations went, or if there was even an official negotiation between the two, as there were different versions of the story—depending on who was telling… Continue Reading » 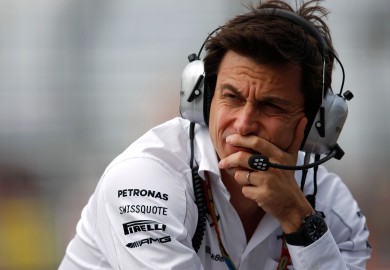 Toto Wolff opposed the idea of introducing independent Formula One engine suppliers. According to Autosport, he aired his side after F1 boss Bernie Ecclestone revealed earlier that the FIA will announce a tender process which would encourage independent engine suppliers to enter the sport. The system aims to allow additional power but requiring more fuel consumption. For an engine maker like Mercedes-AMG that is allotting millions of pounds just to develop an engine like the current 1.6-liter turbo V6 power units, the idea is not the way to proceed. He pointed out that engine manufacturers decided to participate in F1 because of the concept, which fits what is happening on the roads. He added, the… Continue Reading » 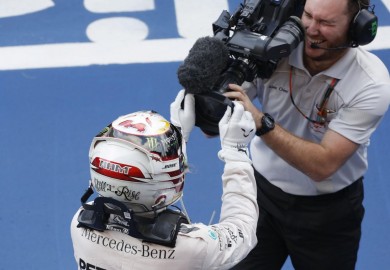 Mercedes-AMG Petronas motorsport chief Toto Wolff and non-executive chairman Niki Lauda recently commented about the lack of television time for their team in the duration of the Formula One Japanese Grand Prix. The race in Suzuka resulted to the reestablishment of Mercedes as the top dog in the sport after a disappointing event in Singapore GP. Its drivers Nico Rosberg and Lewis Hamilton both performed well in the circuit from qualifying to the actual race. Rosberg landed the pole position while Hamilton came next to him in the qualifying. Then their positions were reversed during the race on Sunday as the Briton ended winning the race and the German finished second…. Continue Reading » 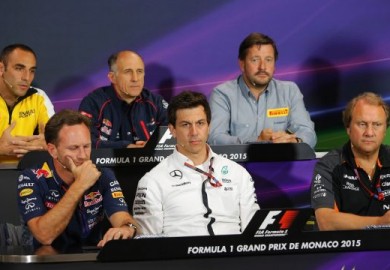 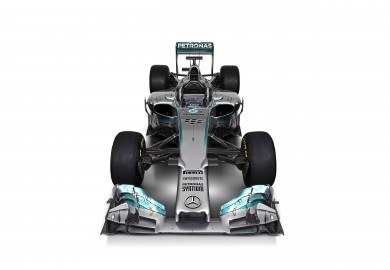 Formula One Group chief executive Bernie Ecclestone aired his negative comments about the turbo V6 power units currently used in F1. According to his interview with Motorsport.com, the engines were not delivering for the sport, because they were costly, not loud enough, and they have no relevance in the road car industry. It should be noted that most teams have resisted attempts to get back to the old V8 power units of the sport as they are now recognizing the efficiency of the new engines. As for the engine sound, it hasn’t been resolved so far. But measures have been taken in the past to address it. On the other hand, Mercedes-Benz reacted… Continue Reading »

Pressure Mounts on Mercedes Due to the Double Points Issue 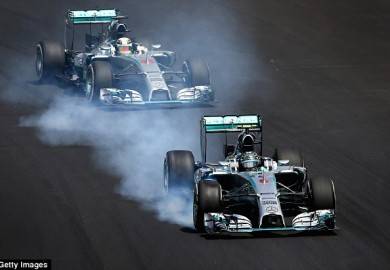 The ultimate fight is on, and everyone can feel the tension after Nico Rosberg took the pole position following the Formula One qualifying in Abu Dhabi. The drama all boils down to the double points scoring for the last race of the season, which was announced December last year. According to Bernie Ecclestone, the double points feature aims to build excitement for the end of the season. It was originally planned for the last three races of the season, but everyone in the top brass of F1 eventually agreed to use it only in the last race. Fans, sports analysts, and racing personnel were not receptive to the gimmick. Mercedes… Continue Reading » 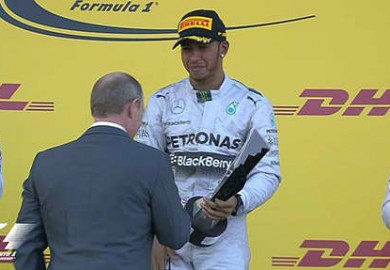 Lewis Hamilton hangs on to the first position in the Formula One drivers’ rankings and Mercedes AMG Petronas solidifies its grip on the Constructor’s Championship following a victory in the Russian Grand Prix. On the other hand, Nico Rosberg fell just behind his teammate, finishing in the second place. Hamilton’s victory was assured once Rosberg made a grave mistake on the turn one of lap 1. The German was quick to apologize for his error but Hamilton already capitalized on the mistake. Despite the disappointment, the German said he was grateful for having an unbelievable car, which allowed him to finish second. Now, that’s what’s sportsmanship is all about. Valtteri Bottas of Williams,… Continue Reading »