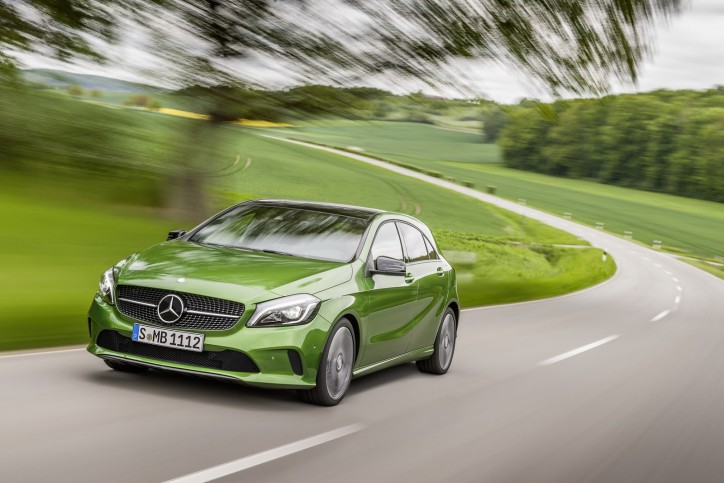 Mercedes-Benz just unveiled the new facelifted A-Class. Among them was the Motorsport Edition. Recently, one of its pre-production models was spotted roaming the roads of Germany.

As seen in the official photos provided by the brand previously, the distinguishing feature of the Mercedes-Benz A-Class Motorsport Edition is its petrol green highlights. The bumpers, rims, and side mirror caps all come with that hue. Those who will be ordering the A250 Sport or the 4MATIC model of the variant will have a rear wing spoiler with the same theme too.

Although it is hard to tell in the video, the interior trims in the hatchback’s premium black leather surfaces as well as the seat belts and air vents will also follow the same accents, according to earlier reports.

The Motorsport Edition of the A-Class will be available starting from the A 200 and A 200 d models up to the AMG Sport versions of the car. The range-topping Mercedes-AMG A 45 will not benefit from the special edition package.

In addition to the special updates, the facelifted A-Class will offer significant changes in the design of its bumpers, grille and exhausts plus upgrades in its lighting system compared to the existing lineup of Mercedes.

The engine options of the upcoming A-Class get significant boosts too spanning from the A 160 up to the full-fledged AMG model.

Check out the video below to see the Motorsport Edition of the A-Class in the flesh: