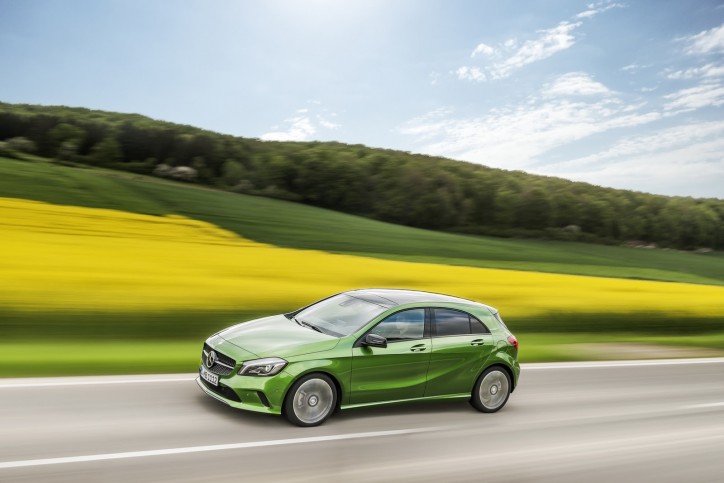 Mercedes-Benz just revealed its 2016 Mercedes-Benz A-Class. The model is basically a facelifted version, but its transformation makes it stand out from its predecessor.

The noticeable changes in the standard A-Class can be found on its front. It looks sharper than it was before. The front bumper is revised with a subtle lip spoiler, which offers a sportier appearance. It also showcases an update in its lighting system, and a single grille design is installed. At the back, the A-Class receives upgraded tail lights too plus a new bumper with exhaust pipes integrated into it.

The interior of the A-Class is still the same with its previous model. However, an optional kit offers it an eight-inch display screen. As reported earlier, it will be compatible with the Apple CarPlay and Android Mirrorlink.

The major upgrade in the car though is in its engine options. The new selections are:

In addition to these, the brand will release a Motorsport Edition for the facelifted 2016 Mercedes-Benz A-Class. The car will take petrol green highlights on its body and wheels. Then it will have air vents and interior stitches that follow the same theme.