SEND US A TIP
Company, SL
2

Facelifted Mercedes-Benz SL will be Available for Order in December 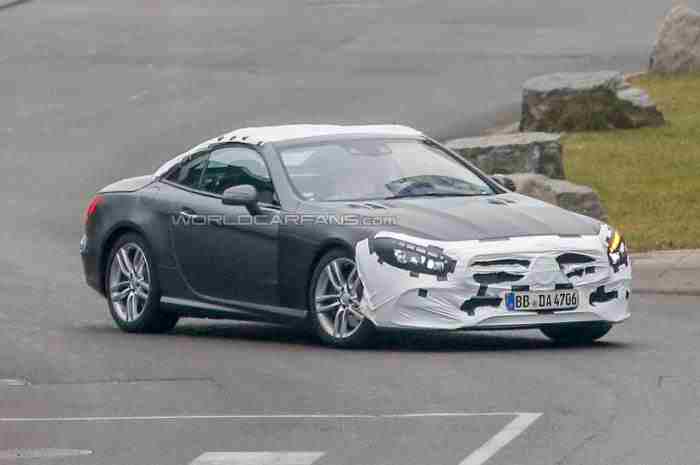 A German automotive news site claimed that the Mercedes-Benz SL will be made available for order before the year ends. According to the report, customers can start placing their purchases for the stylish roadster of the three-pointed star marque by December this year. Then, deliveries for to the customers will start in March 2016.

That means if you are planning on getting the SL or a convertible luxury car, it is advisable to wait until December so you could get the facelifted version of the roadster. The new version will offer redesigned bumpers, side skirts, grille, and upgraded lighting system similar to the one found in the latest S-Class.

As for the cabin of the car, it is expected to carry most of the key features of the current SL. However, it will be getting an upgrade in its infotainment system as well as new navigation and safety features. Moreover, expect its upholstery to get a little tweak to provide its occupants more comfort.

The source said the facelifted Mercedes-Benz SL will most likely retain its existing engine options. So, expect the standard SL400 model to carry the same 3.0-liter biturbo V6 with 329 hp, and the SL500 to keep its 4.7-liter twin-turbo V8 with 429 hp.

One should not dismiss the possibility that the SL63 might get the 4.0-liter biturbo V8 engine found on the Mercedes-AMG GT S with at least 503 hp though.