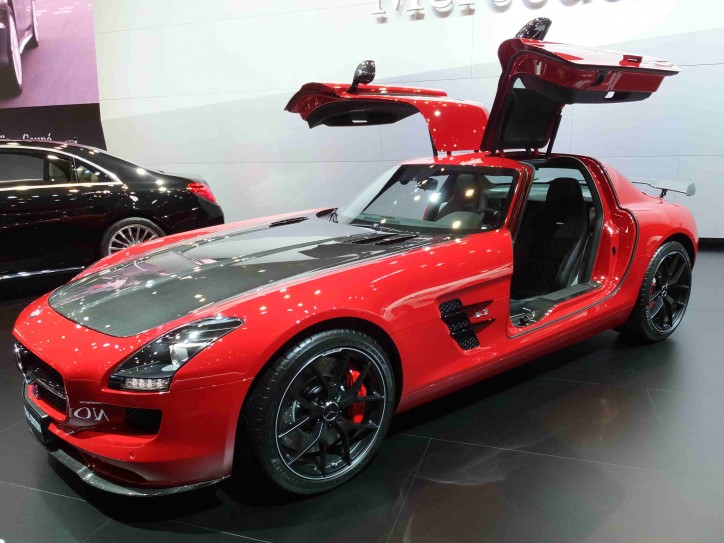 When the announcement of the Mercedes-AMG GT first came out, there were speculations that we might see another Gullwing class which would replace the Mercedes SLS AMG GT. However, when the spy photos of the SLS successor started surfacing online, some expectant fans were saddened to see that its doors followed the standard design of cars. So, when the Mercedes-AMG GT was finally launched, it signaled the retirement of the SLS-line from the production plants and the absence of a gullwing model in the current products of the three-pointed star brand.

Ola Källenius, the former head of Mercedes-AMG and the newly appointed member of the Board of Management for Mercedes-Benz Cars Marketing & Sales, assured though that we haven’t seen the end of the gullwing cars just yet. He hinted in an interview with Motor Authority before that a successor in the line of gullwings started by the 300SL will be made after some time has passed.

On the other hand, Tobias Moers, the present Mercedes-AMG CEO, revealed in a much recent interview with Motor Trend that they are in the brink of coming up with a new car. He said it will be equipped with a hybrid race car technology in order to go head-to-head with brands such as Porsche. The CEO added that they would be taking some of the insights learned from the successful development of the latest Silver Arrow Formula One car as well as the Mercedes SLS AMG Electric Drive.

Motor Authority predicted that the future car might have Mercedes-AMG’s new 4.0-liter biturbo V8 engine as an internal combustion component. The source also believed that the one  mentioned by Moers might be the next gullwing.

So what’s my take on this? This rumor should be taken with a grain of salt combined with a knock on a wood. Don’t get your hopes up so much too because it might take up to the end of the decade until Mercedes comes up with another sports car, since they just launched the Mercedes-AMG GT last year.