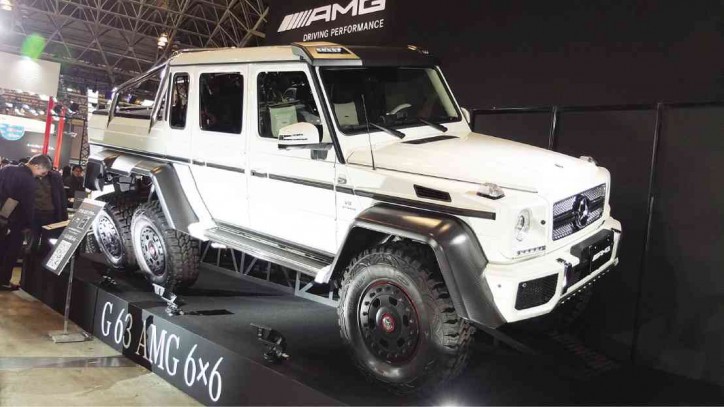 While the G63 AMG 6×6 is no longer new in the automotive landscape, it still stood out in the event, and a lot of people flocked to see its massive and impressive features. The 6×6 G-Class also did not feature any special package, but really, would you still ask for more from the breathtaking work of Mercedes-AMG?

The Mercedes G63 AMG 6×6 comes at a limited-edition in the Japanese market, which is just right because its cost is way too steep. It should be noted that the six-wheeler was originally introduced with a starting price of 451,010 euros, including VAT. Then, a slightly revised model followed with a price tag of 456,900 euros.

Converting the figures to the Japanese currency, the latest version would fetch around 60,688,358 yen (based on Google conversion tool). We are not quite sure though about the additional burdens or fees associated with owning such unit in Japan, but the numbers should give you an idea of how much it costs there.