SEND US A TIP
Formula 1, Gallery
0 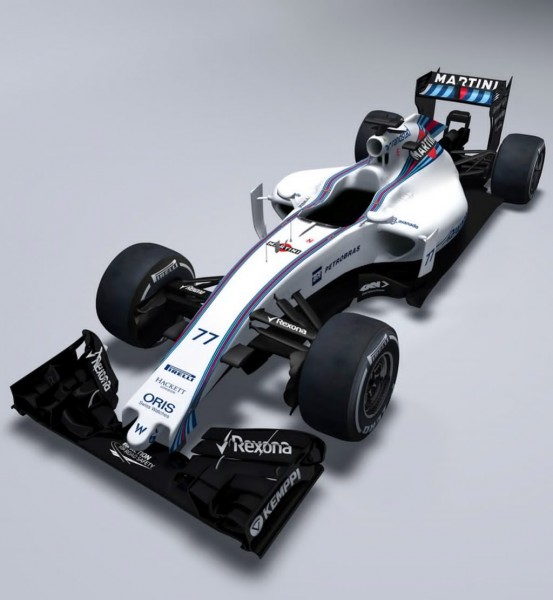 Formula One team Williams Martini Racing just revealed its ace for the 2015 F1 season. The British team was the first to unveil its new car for this year.

The new car, now called the FW37, sports some aerodynamic enhancements particularly evident in the nose of the unit. The race car does, however, retain its carbon fiber monocoque structure. The architecture of the suspension also remains the same. Meanwhile, its wheels are forged magnesium materials from RAYS. Then, AP Racing developed the brakes.

Powering up the FW37 is a 1.6-liter Mercedes-AMG V6 engine. It functions in conjunction with two motor generators. One generator is located at the main driveline, and the other is incorporated with the turbocharger.

Williams Seen as a Threat by Mercedes-AMG Petronas

In one of the past interviews of Toto Wolff after winning the F1 Constructors’ Championship, he expressed his admiration to the team of Frank Williams because of their major improvement in the 2014 F1 season. He even considered Williams as one of Mercedes’ biggest threats this 2015.

It should be noted that Williams showed a significant development in the last season. From the ninth position in the Constructors’ Championship in 2013, it was able to drag itself up to the third place last year. Though it did not win any races, nine podium finishes were recorded by the team in 2014. One of its drivers, Valtterri Bottas even emerged fourth in the overall F1 Drivers’ Rankings, surpassing the 2013 F1 World Champion Sebastian Vettel.