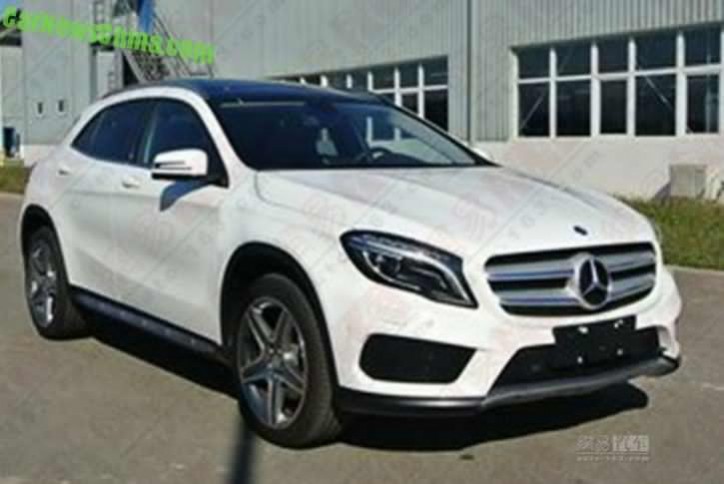 Spy shots taken by a Chinese-based site reveal that the China-made Mercedes-Benz GLA is already poised to hit the robust luxury car market of the country. The blurry photo above shows the frontal angle of the compact SUV. On the other hand, the one below displays the rear view of the auto. 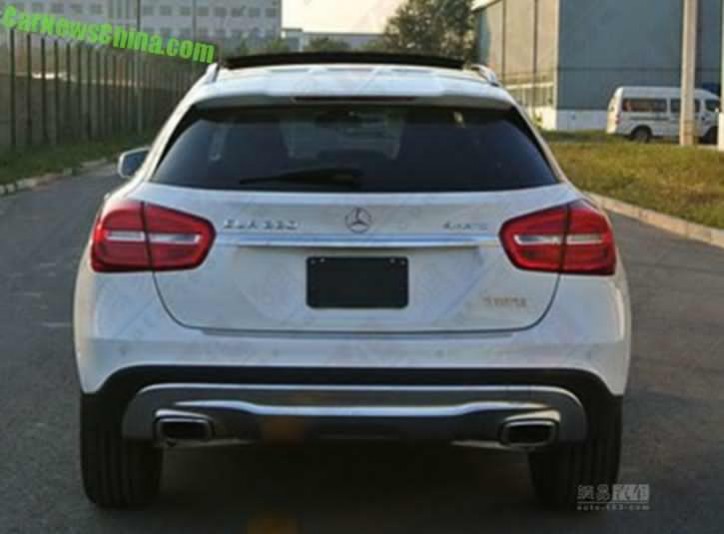 A spy shot shows the rear of the Mercedes GLA made in China. (Photo Source: CarNewsChina)

According to CarNewsChina, the Chinese version of the Mercedes-Benz GLA is scheduled to hit the country’s market in May this year. It is manufactured through a joint venture with Beijing-Benz, and it is groomed to compete against the locally-made BMW X1 and Audi Q3.

It should be noted that the GLA has been available for import in China. However, the high taxes and other associated fees make it too steep for consumers that’s why it is not selling very well in the region, claimed the source. Currently, it is priced from 270,000 yuan to 578,000 yuan, based from the article.

The estimated price of the China-made GLA is from 220,000 yuan up to 450,000 yuan. So, when the local GLA is already available in the market, the importation of the vehicle will be put to a halt.