Mercedes-Benz: Over 100,000 CLA units delivered to customers since launch 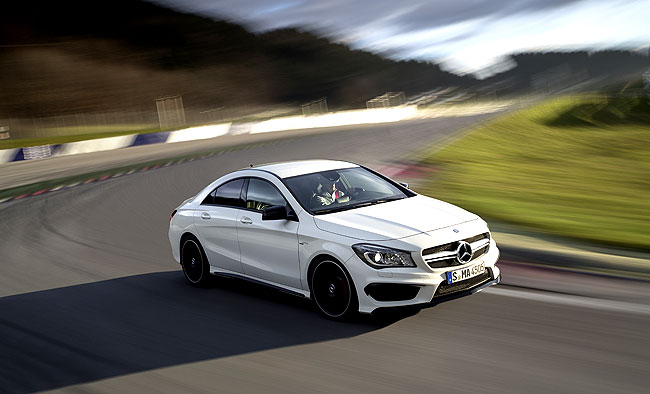 It seems like only yesterday that the Mercedes-Benz CLA compact sedan was being launched to much hype and with great expectations, as the vehicle was set to usher in a new transition for the German automaker and its market mindset. Fast forward to today and the company says that over 100,000 units of the CLA have already been delivered to customers worldwide.

Along with the A-Class, B-Class, and GLA-Class, the new wave of Mercedes-Benz compact vehicles have seen great demand. Over 800,000 units of those series combined have been shipped to customers. Of that figure, 250,000 have been since the start of 2014.

Ola Kallenius, the marketing and sales chief in the Mercedes-Benz Cars board, pointed to the CLA and its close cousins as the main global growth drivers for the company. These compact cars are the face of Mercedes-Benz’s new global strategy, which involves a new model initiative that brought us the CLA-Class, a vehicle geared toward young new customers but still capable of piquing the interest of existing owners.

The CLA line seems to be immensely popular in the United States. Around 27,000 units have been purchased since the car’s market launch, with the price point being one of the main factors. The average age for American CLA drivers is 45 years, which is around ten years younger than the typical American customer of the company.

In addition, the CLA is a great switcher. According to Mercedes-Benz, 8 out of 10 CLA customers previously owned a car made by competitors.

The CLA has also been popular in Western Europe. owning a 30-percent share in that region where it has been available since mid-2013. Around half the CLA owners previously drove competitor vehicles. The biggest markets? Germany (as expected) and Great Britain.