U.S. Gets Two Versions of the Mercedes C-Class 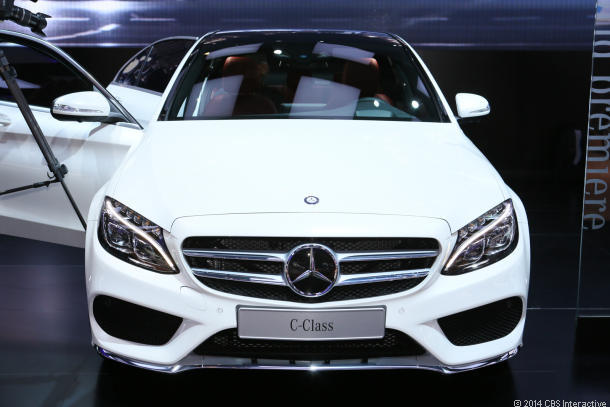 The start of the North American International Auto Show 2014 held at the Cobo Hall in Detroit saw the emergence of the new version of the most successful class of the Mercedes-Benz brand in the form of the 2015 C-Class. The U.S., being the largest market of the brand right now, will get two of its variants.

According to a CNET report, the Mercedes C-Class cars that will be made available in the US market are the C300 4Matic and the C400 4Matic.

The C300 4Matic comes with a 2-liter turbocharged direct-injection engine. This is capable of producing up to 241 horsepower and 273 pound-feet of torque.

Then, the C400 4Matic will have a 3-liter V-6 engine turbocharged engine with direct injection. This has an output of up to 329 horsepower and 354 pound-feet torque.

Aside from the air suspension and enhanced infotainment system of cars under the new C-Class, one of its highlights is the Distronic Plus with Steering Assist. The technology provides the driver adaptive cruise control which is very useful in slow traffic. The driver assistance feature of the new Mercedes C-Class also allows automatic parallel parking.

How Mercedes Can Remain Competitive in the U.S.

Based on the opinion of experts in the industry, the design, cutting-edge technology and engine performance of the newly-launched Mercedes C-Class do not automatically guarantee high sales when its cars hit the showrooms. The fuel-efficiency of its vehicles should be kept in check and its pricing must be determined carefully in order for it to stand out from the competition posed by other luxury car brands available in the U.S. such as the Lexus, BMW and Audi.