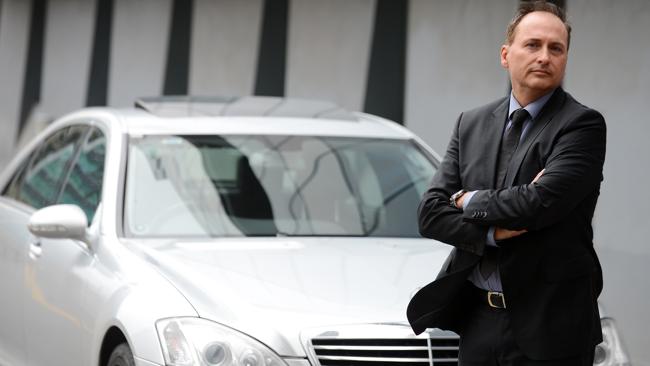 Adam Litchfield and his Mercedes-Benz S350

Mercedes-Benz is among the world’s most renowned automakers. There’s certainly no doubt about that. However, Adam Litchfield, an Adelaide-based chauffeur who owns Platinum Car Hire, does not agree that the company’s after-sales service is also excellent according to News.com.au.

Based on the report, Litchfield is suing the German automaker’s Australia dealership and BEA Motors, who sold the Mercedes-Benz S350 to him, for not fulfilling the terms of its warranty.

The source said that Litchfield’s S350 sedan suffered a massive failure in its transmission amounting almost $16,000. However, BEA refused to honor the agreement when it charged him around $13,000 for repairs.

In Litchfield’s side of the story, he said that he bought the pre-owned Mercedes-Benz S350 from BEA Motors in 2010 for $95,350 with a two-year warranty. He claimed that the sales consultant of the dealership informed him that the status of the S350 as a chauffeured car will not pose a problem with the warranty.

Five months after purchasing the Mercedes-Benz S350, he said he brought the car to his dealer to fix some issues. The first time around was good since he wasn’t charged for it.

A month after the initial repairs, a new problem with the transmission occured. So, he brought the car again for repairs. However, he was surprised when he was billed $15,973.35 for it. He said he paid the amount right away so he can resume using the car for business.

Later, he filed a complaint to the court against Mercedes-Benz and BEA to reimburse him the $15,973.35 he spent for the repairs since he said that it still covered his warranty. He also stated that the two committed false representations regarding the warranty which he found misleading and deceptive in nature.

On the other hand, Mercedes-Benz and BEA’s defense said that Litchfield’s warranty has been null and void from the very beginning. This is because a “car for hire” is not covered by their warranty. Thus, it is Litchfield who owes them $1,340.29 (which stemmed from his initial repairs).