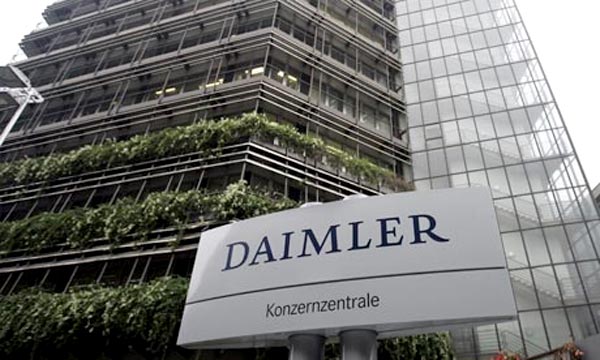 The Daimler Group, which owns Mercedes-Benz Cars, posted Q2 2013 EBIT (Earnings Before Interest and Taxes) better than its internal forecasts, indicating solid earnings in the quarter and that things are proceeding in line with the group’s projections for its 2013 EBIT.

All in all, the Group posted €29.7 billion (around $38.79 billion) in revenue, which leads to Group EBIT of €5.2 billion (around $6.79 billion). Much of that revenue is accounted for by Mercedes-Benz Cars, with €16.3 billion. Daimler Trucks comes in at €8 billion, while Mercedes-Benz Vans’ total is at €2.4 billion. Daimler Buses managed €0.9 billion, and the Daimler Financial Services division took in €3.5 billion.

Take note, though, that the figures are yet to be reviewed by external auditors, and as such, the final numbers for Q2 2013 will only be available on July 24.

With the EBIT figures largely in line with Group expectations, the forecasts also remain the same. For the most part, Daimler is continuing assumptions that second-half EBIT for 2013 will be higher, thanks to further development in key markets as well as current efforts for efficiency and growth.