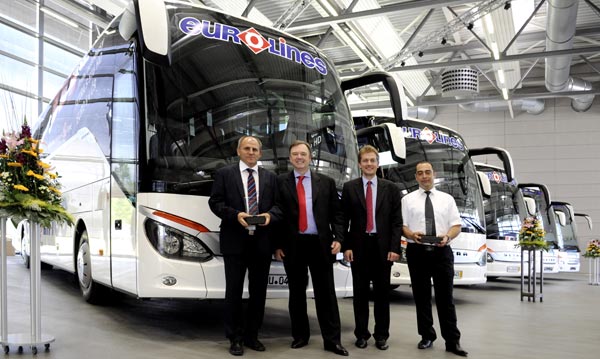 Deutsche Touring GmbH, a Frankfurt-based long-distance network operating across Europe, has just bolstered its fleet with the delivery of five new Setra coaches, three of which are from the ComfortClass 500 line.

The three S 516 HD units, which are of the two-axle variety, are the first ComfortClass 500 coaches to go into the company’s international network. In addition, they are the first of the model line to be put into use within the Czech Republic.

The bus operator has been turning to Setra to provide top-of-the-line coaches since 1955. Interestingly, the old logo of Deutsche Touring was even made by Kässbohrer designers. Kässbohrer was the owner of Setra before Daimler took over.