SEND US A TIP
BlueTec, Trucks
0 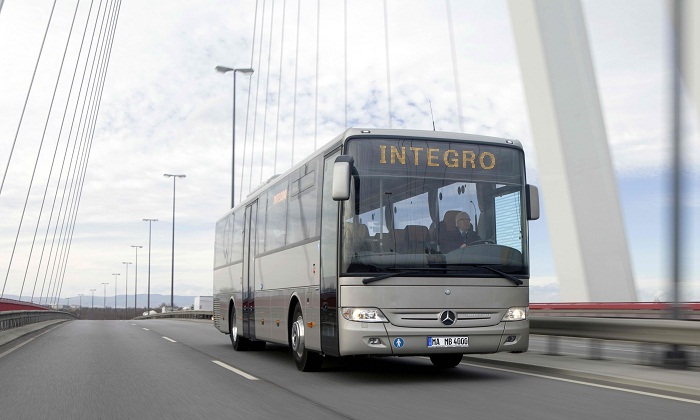 The 2013 Mercedes-Benz Integro touring coach lineup is set to feature a fresh range of BlueEfficiency Power engines geared toward meeting the Euro VI emissions standards. This way, the coaches become more economic as far as fuel consumption goes, and the exhaust emissions are also reduced.

The six-cylinder BlueEfficiency Power engines are vertically installed in-line units, with the OM 936 series used for two-axel models and OM 470 series for three-axle models. Both sport common-rail injection systems, with the latter getting injection pressure from a pressure-booster-equipped X-PULSE injection system.

Fuel consumption is pegged to be around 2-5% lower in the two-axle version compared to the previous model, while it’s at 2% for three-axle models. Those figures, of course, are vary depending on the configuration of the Integro as well as on the usage profile. In addition, the weight has been further reduced in order to optimize the vehicle and improve its responsiveness.

Another way the touring coach gets Euro VI-compliant is through its complex emission control system that features a combination of technologies, including BlueTec engine tech, SCR tech, AdBlue injection, and the use of particle filters and exhaust gas recirculation.