The New Setra Delivered in the US 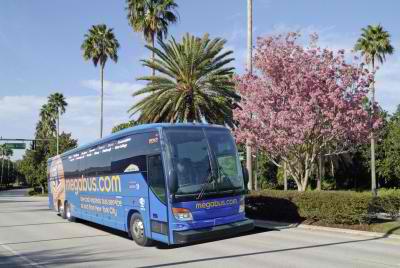 The first  US ComfortClass S 407 CC was delivered from the Stuttgart/Ulm Plant to the United States. Dattco and Martz Group takes ownership of the nine coaches that meets the American Standard for safety, which is not surprising, as Mercedes / Daimler makes sure that all safety requirements are being met before delivering the vehicles to its new owner. 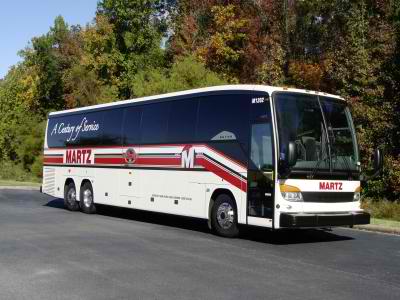 Stuttgart/Ulm Following the start of series production in Neu-Ulm, in southern Germany, the first buses in the new Setra ComfortClass S 407 have been delivered to two major US bus operators. Seven buses made by the Ulm-based brand, part of the Daimler AG Group, went to the Martz Group of bus operating companies in Wilkes-Barre, Pennsylvania. The company offers both tour and scheduled services throughout the United States and Canada. Two of the new buses were also delivered to “Dattco” in New Britain, in the US State of Connecticut. With 1400 staff and 19 offices, this family-run company is one of the largest bus operators in New England. Lothar Holder, Director of Sales for the Setra Bus and Coach unit of EvoBus GmbH: “The supply of these vehicles, which were engineered specifically for the American market, proves to us that we are now on the right track in North America when it comes to the business segment as well.”
Classic touring coach meets North American design requirements
The new ComfortClass S 407 touring coach was presented at the UMA Motorcoach Expo bus trade show in Tampa, Florida. Unlike the Setra TopClass S 417 touring coach, which was developed for the US market based on the current European Setra touring coach generation, the new Setra ComfortClass S 407 is a classic touring coach based on North American design concepts. The visual appearance of the new vehicle is characterised by the standard American mirror system, as well as “Made in the USA” front and rear bumpers. Whereas the “Made in USA” bumper at the rear of the vehicle is securely bolted to the framework body, the front bumper can be folded down to provide access to the storage area for the spare wheel. A strong framework structure in the front area as well as the bumpers help to absorb any forces generated in the event of the vehicle being involved in a collision – a design which fully complies with American APTA guidelines. Also complying with the corresponding regulations is the rear bumper, which is fitted beneath a rear light system which has been specially designed for the ComfortClass S 407 and features LED technology.
LED “docking lights” guarantee good all-round illumination of the vehicle. The spotlights feature particularly powerful light output and a long service life. From the very moment production commences, a cathodic dip painting process helps to ensure even coating of the metal surfaces and cavities of the entire framework, therefore guaranteeing optimum surface quality. In addition, the Setra ComfortClass S 407 can also be fitted on the right side of the vehicle with a cassette lift to assist with the transport of disabled passengers. The bus features the new Mercedes-Benz OM 471 engine with advanced BlueTec®-System, which comprises exhaust gas emission control and aftertreatment with diesel particulate filter (DPF) as well as SCR technology. As is already the case with the TopClass S 417, this engine meets the American EPA 10 emissions standard for nitrogen oxides (NOx) and soot particles.
Source: Daimler
Tagged with: Daimler Buses, Mercedes-Benz Bus, New Setra Coach, setra, Setra bus