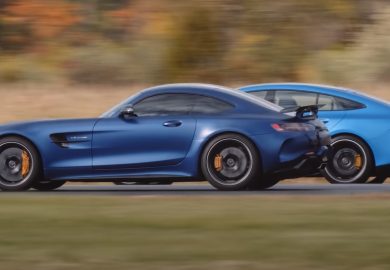 The Mercedes-AMG GT R and the Mercedes-AMG GT 63 S 4-Door may be positioned on the same range, but in reality, the cars are from different breeds. The two-door is a pure standalone sports car while the four-door is more like a roided version of the CLS but with the same face as the two-door AMG GT R. With those things out of the way, the video here compares both cars and takes them on a half-mile drag race to find out which one is quicker. Mercedes-AMG GT R The AMG GT R houses a 4.0-liter twin-turbo V8 capable of delivering up to 577 hp and 516 lb-ft of torque…. Continue Reading » 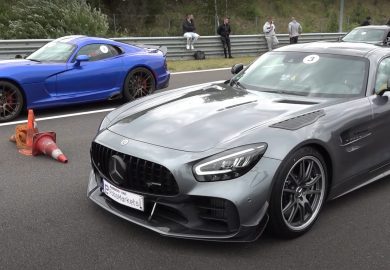 The 2020 Mercedes-AMG GT R Pro may have been outshined by the Mercedes-AMG GT Black Series, but it is still undoubtedly a formidable foe on the race track. In a video from 2020 SCC500 Rolling50 1000, the sports car was filmed taking on a couple of modified sports cars. As a recap, the AMG GT R Pro houses the same 4.0-liter twin-turbo V8 engine as the Black Series. However, its specs have settled at 577 hp and 516 lb-ft of torque. The output is directed towards a rear-wheel-drive system and distributed via a seven-speed dual-clutch automatic transmission. The configuration takes the car from 0 to 100 km/h in just 3.6… Continue Reading » 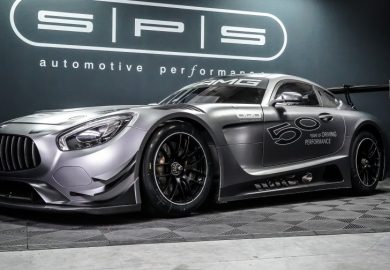 For $1.07 million (€900,000) one lucky rich buyer will have the chance to own a rare 2017 Mercedes-AMG GT3 Edition 50. What makes the car so special is that it was made to commemorate the 50th anniversary of AMG, and it is only limited to 5 units. This specific AMG GT3 is currently up for grabs at the Classic Driver website. It is currently located in Germany. What makes it so expensive is its special features and the fact that it has never hit the tracks before. The sports car is equipped with a left-hand drive configuration and listed as in its original condition. It sports a black paint finish… Continue Reading » 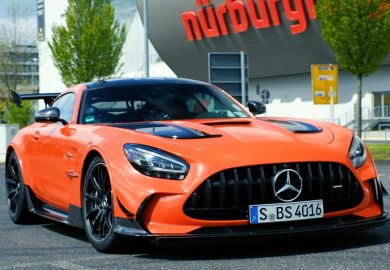 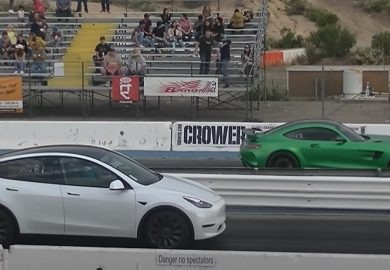 The 2018 Mercedes-AMG GT R and the 2021 Tesla Model Y Performance are entirely different species. The former is a sports car while the latter is a juiced-up SUV. So it is easy to assume that the German car will easily blow dust on the windshield of the American EV in a race, but it was not the case when the two met on the track. As already spoiled in the title of this article and shown in the video above, the electric SUV bested the three-pointed star bearer from the get-go in what appears to be a quarter-mile sprint. The Tesla finished a good 0.31 seconds faster than the… Continue Reading » 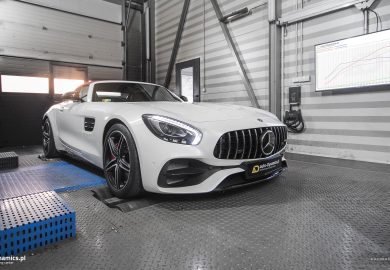 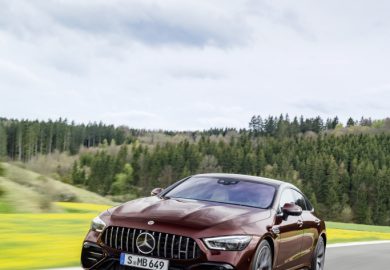 The Mercedes-AMG GT 4-Door levels up its game for the 2022 year model series. The Nurburgring conqueror takes a minor tweak to its exterior and interior design, and its maker released a special edition package for extra flavor. One of the standard upgrades for the entire line of the AMG GT 4-Door is the new AMG Performance multi-function steering wheel featuring a twin-spoke design wrapped in either Nappa leather or Nappa with Dinamica suede. The six-cylinder and V8 variants add heating as an option and a sensor that detects when the driver is “hands-on” the steering wheel. If the driver takes his or her hands off the steering wheel for… Continue Reading »