Mercedes-AMG G-Class Gets the Best of Brabus and Fostla 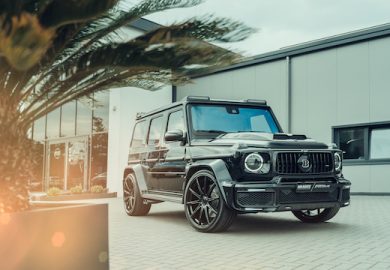 Brabus undoubtedly comes up with the best Mercedes-Benz tuning package overall, unlike some who are on a hit-and-miss basis. The company’s consistency has paid off when it inked a contractual partnership with the three-pointed star marque. Fostla has also established itself in the scene as a provider of cost-effective body kits for the luxury brand. Put the products of the two in a Mercedes-AMG G-Class, and you are definitely in for a treat. Recently, the two powerhouses unveiled their latest creation for the Mercedes-AMG G63. It starts with the Brabus 800, which includes a Widestar body kit combined with Fostla’s signature accessories featuring carbon fiber materials for the front grille,… Continue Reading » 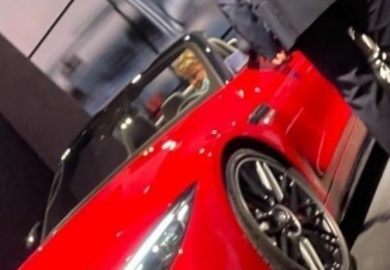 The new Mercedes-AMG SL is scheduled to make its official debut on October 20. However, barely three weeks from the event, the show car version of the roadster has been already been leaked. While we now have a pretty good idea as to what the AMG SL has in store for us based on spy shots, videos, and teasers from its maker, the recent Instagram post of cochespias still carries some surprising revelations about the car. First off, the roadster certainly looks refreshing in its red color compared to the silver version that we have been witnessing in spy shots and trailers. Second, it gives us a closer look at… Continue Reading »

New Mercedes-AMG SL Taking a Stroll at the Nurburgring Roads 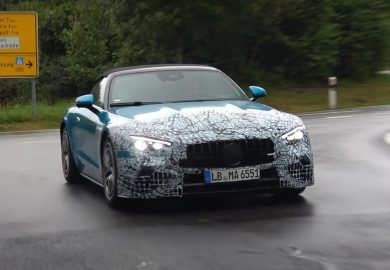 With only a little camo left on the Mercedes-AMG SL cars that we have been seeing so far, we expected it to debut at the Munich Motor Show this month. However, since the said event is already packed with new products from the three-pointed star marque, which was highlighted by the new Mercedes-Benz EQE, it’s just wise that they pushed its official unveiling to a later date. Recently, the roadster was seen making its rounds again at the Nurburgring roads. In the latest spy video from Automotive Mike, the AMG SL was witnessed at the Industry Pool around the Nordscheife. Two versions of the car were present: a partially covered… Continue Reading »

Mercedes-AMG One Deliveries Pushed Back Again 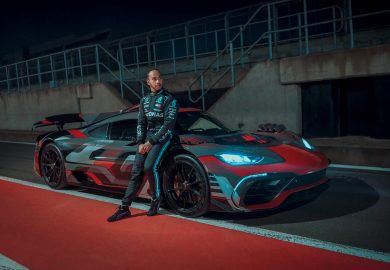 In a not-so-surprising news, the market rollout of the new Mercedes-AMG One hypercar has been pushed back once again. Earlier, it was reported that its maker is already gearing for the deliveries of the car this year, and spy shots have indicated that it might be the case. With only a few months before the end of 2021, new reports claim that the arrival of the auto might happen in the first quarter of 2022, at least. The new information about the AMG One came from The Supercar Blog. The source didn’t elaborate the reason for the delay but it said that “Mercedes is still calibrating some settings” of the… Continue Reading » 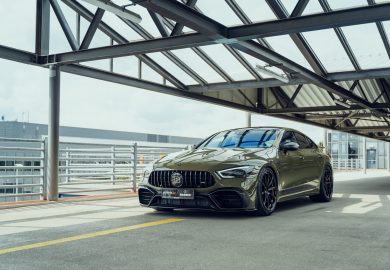 World-renowned tuners Brabus and Fostla recently joined forces to give the Mercedes-AMG GT 63 S a new look and engine boost. The upgrade takes the output of the car to supercar level, which is enough to rival the newly-unveiled Mercedes-AMG GT 63 S E Performance 4-Door at the Munich Motor Show. First, the Brabus PowerXtra B40S-800 performance package puts the overall output of the Merc’s 4.0-liter twin-turbo V8 engine to 800 hp and 737 lb-ft of torque. The added power lets the auto sprint from 0 to 62 mph in just 2.9 seconds while its speed tops at 196 mph. Meanwhile, the Brabus body kit provides a more aggressive front… Continue Reading » 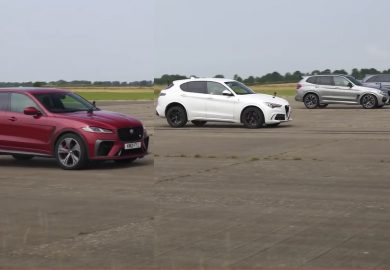 The Mercedes-AMG GLC 63 S, BMW X3M Competition, Alfa Romeo Stelvio, and Jaguar F-Pace SVR are almost evenly matched when it comes to power and build. So that only means one thing: we want a race to see which one is superior. Before pitting them against each other, here’s a rundown on the key specifications of the competitors: 1. Mercedes-AMG GLC 63 S The AMG GLC 63 S is equipped with a 4.0-liter twin-turbo V8 engine producing 510 hp and 700 Nm of torque. All its power goes to an all-wheel-drive system and is distributed via a nine-speed automatic transmission with launch control.  It weighs 1,950 kg, and it is… Continue Reading » 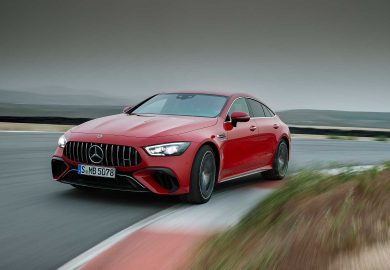 Mercedes-Benz definitely stole the spotlight at the IAA Munich Motor Show in Germany. In addition to the electric vehicles that debuted under the EQ line, the automaker also unveiled the Mercedes-AMG GT 63 S E Performance 4-Door Coupe. Coming together with its rather long name is a major engine boost in the model that surpasses the output of the coveted Mercedes-AMG GT Black Series. As the “E” in the moniker of the car implies, it features an electric motor positioned at the rear wheels that complements the GT’s 4.0-liter twin-turbo V8 engine. The setup takes the output of the plug-in hybrid electric vehicle (PHEV) to a mind-blowing 831 hp and… Continue Reading »