SEND US A TIP
Featured, SLR
0

Is the Mercedes-Benz SLR Making a Comeback? 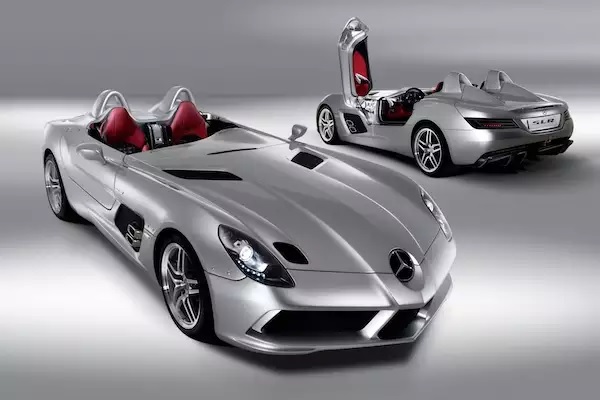 The Mercedes-Benz SLR traces its roots to a car that forever etched its name in the world of racing. Going back to the Mercedes-Benz 300 SLR driven by legends such as Juan Manuel Fangio, Stirling Moss and Pierre Levegh, the car is mostly known for winning the 1955 World Sportscar Championship as well as in the 1954 and 1955 Formula 1 championships.

After taking a bow in 2010, the Mercedes-Benz SLR name could be making a comeback. This is based on a new trademark filing of Daimler via a New York law firm to the United States Patent and Trademark Office (USPTO) on March 1. 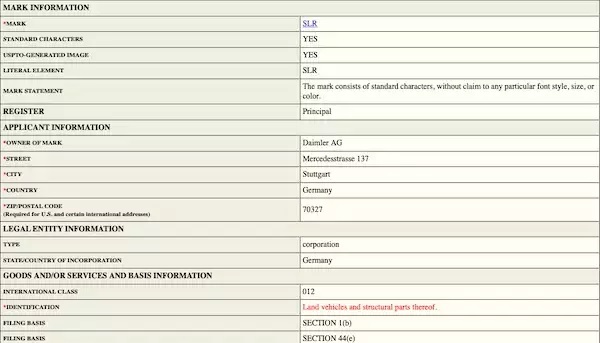 According to a TheDrive, the SLR name filed in the USPTO pertains to “land vehicles and structural parts thereof.” The source claimed that automakers often keep their historic trademarks for merchandising purposes. However, the lack of texts specifying products other than “land vehicles” suggests there is more to the story.

The trademark filing is now further fueling rumors that a new SLR is in the works. The supercar will likely become the successor of the four-year old Mercedes-AMG GT range, and it might turn out to be a hybrid car. On the other hand, Mercedes remains mum on the speculations.

The report said that the use of the SLR name owned by Daimler was due to expire on October 31 next year.

The front-engined, rear-wheel-drive Mercedes-Benz SLR produced from 2003 to 2009 featured a 5.4-liter supercharged V8 power unit. It is capable of producing 617 hp and 575 lb-ft of torque. During it’s time, it was considered to be one of the fastest cars in the world. The car was later replaced by the Mercedes-Benz SLS AMG, which is the predecessor of the current Mercedes-AMG GT.