SEND US A TIP
S-Class, Technology
0 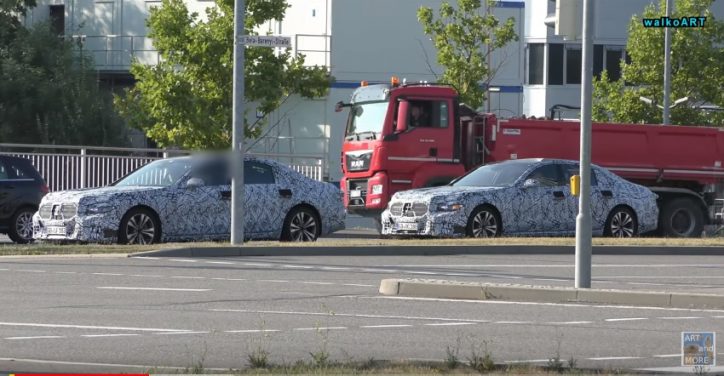 Audi has beaten the competition when it comes to the integration of Level 3 autonomy in production cars when the A8 sedan came equipped with it. Not to be outdone by its German rival, Mercedes-Benz is raising the stakes with its S-Class cars.

According to the company, the 2020 lineup of the Mercedes-Benz S-Class will already feature Level 3 autonomy. Basically, the Level 3 system allows the car to drive itself in most conditions without human intervention. However, emergency measures will still be implemented. There will be times when the vehicle will request for the driver’s input during critical situations.

Though not mentioned by the source, it is understood that cars with the self-driving tech will likely remain equipped with the Attention Assist system of Mercedes too. The system detects when drivers are drowsy, which is a way to make sure that they will be ready whenever the car gives back the control to them.

The current S-Class only has Level 2 autonomy. That means the car can only assist in steering, acceleration and slowing down. The full attention of the driver on the road is still a must.

Despite the rapid advancement in the development of self-driving cars, Thatcham Research, the UK’s leading car safety body, is urging the government to reassess their laws governing vehicles with semi-autonomous systems. Thatcham’s Matthew Avery argues that the current marketing schemes of automakers which give their vehicles names like “Autopilot” and “Propilot” are unhelpful and they only provide a false sense of security.

Avery believes that while the development of autonomous driving technology delivers big benefits to safety, companies should be careful in tagging marketing names in their cars. He said that drivers might get confused about the extent of the self-driving vehicle’s functions.