Here are Photos of the Mercedes-Benz EQC During Summer Testing 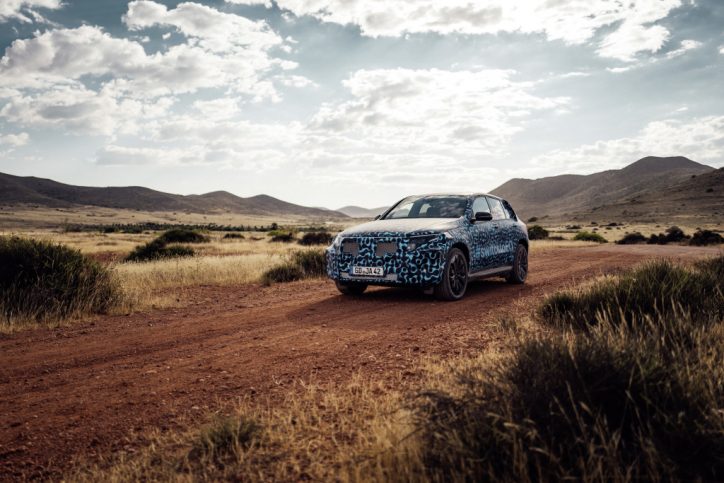 The new photos of the Mercedes-Benz EQC were officially released by its maker. The images show the upcoming electric sport utility vehicle wrapped in cool blue camouflage as it traversed the hot climate of the Iberian Peninsula.

According to the latest press release of Daimler, the Mercedes-Benz EQC is now undergoing summer testing. This is after it successfully survived a harsh winter test in the coldest regions of Sweden with temperatures reaching minus 35 degrees Celsius.

The scorching heat in the Iberian Peninsula this time of the year can go up to 50 degrees Celsius. The objective of Mercedes in putting the EQC there is to make sure that the performance of the air conditioning, charging, drive system and control units of the electric vehicle will remain unaffected under extreme heat.

Michael Kelz, Chief Engineer for the EQC, is confident that the heat trials for the EV will confirm that they are on schedule with the start of the series’ production.

One of the major challenges posed by intense heat to the battery is that it carries a high risk to get damaged. That is opposite to the cold climate wherein the power storage only has the tendency to lose some power. The summer testing of the Mercedes-Benz EQC will show if the battery’s cooling power performs well.

Another issue that they wish to see is the pre-climatization of the EV’s air conditioning unit. The assessment will also include examining the effects of heat to the air conditioning compressor.

Lastly, Mercedes wants to find out where the fine dust will accumulate in the auto’s components.