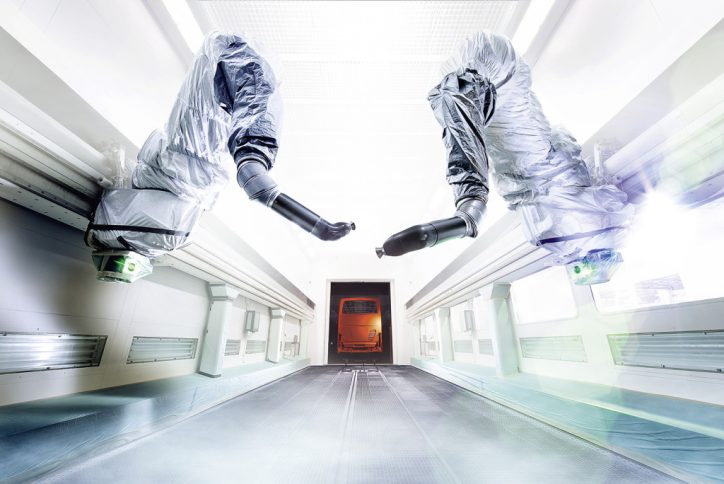 Daimler revealed through its Global Media Site that it will be highlighting the Setra bus in its new poster calendar for 2017. The calendar features 12 artistic photos depicting the vehicle’s production process and the Setra Customer Centre.

The title of the Setra poster calendar is “Stand by.” All the photos were taken at night in the Mannheim and Neu-Ulm plants of the bus. The artistic night shots aim to elicit dreamy emotions to the viewers.

Each month of the calendar shows the heart of manufacturing at Setra. The posters include the foundry and the engine production test shop in Mannheim. Then, it is followed by the delivery of bodies-in-white in Neu-Ulm. Next, it visits the assembly line and the lounge at the Setra Customer Centre.

Based on the product page of Setra, the premium bus is owned by EvoBus GmbH, but it is under a Daimler AG brand. It has a representation in Europe, US and China via a license agreement.

Among the selling points of Setra bus to customers include its high level of design, comfort, safety, and cost-efficiency. The said elements are combined with some of the technical innovations of Daimler available to its passenger vehicles.

The premium bus comes in three categories, namely the TopClass, ComfortClass and the MultiClass.

Sample Images of the Setra Poster Calendar for 2017

Check out some samples of the Setra poster calendar for 2017 below:

Do You Want It?

The new Setra Poster Calendar can be ordered online through this link.