Mercedes-Benz Pays Homage to the E-Class 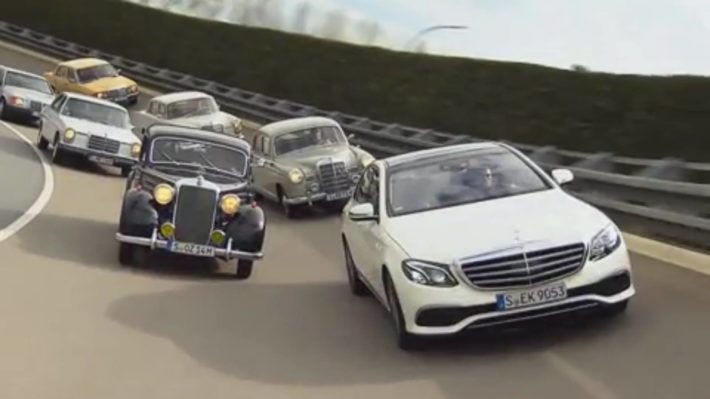 A fleet of Mercedes-Benz E-Class cars and its vintage predecessors were paraded at the Sindelfingen plant in Germany.

Mercedes-Benz recently paraded some of its classic and existing cars to pay tribute to the rich and colorful history of the E-Class. The event was held at the Sindelfingen plant of Mercedes in Germany where the E-Class models are produced.

The “Mercedes-Benz E-Class” range name only officially surfaced in 1993. The E-Class badge was used in the facelifted version of the W124. However, the DNA of the car goes way back to 1953.

In that era existed the Mercedes-Benz (W120) Ponton 180. It was a midsize sedan carrying a 1.8-liter four-cylinder engine. The car is characterized by its exotic look and a bit rounded frame as most of the ponton cars that came out in the 1930s up to the 1960s.

The latest model is the Mercedes-Benz E-Class (W213). The car features a lot of technological innovations in terms of “intelligent driving” with a lot of autonomous driving elements.

The latest E-Class is available as an executive sedan, coupe, convertible and estate in order to cater to the different needs and preferences of the customers plus fans of the range. The versions include Mercedes-AMG models with plenty of boost in terms of performance, comfort and styling.

According to a source, the E-Class is one of the in demand cars of Mercedes-Benz. It follows closely the C-Class and GLE in the U.S. market.