Mercedes-Benz Museum Adds the Championship Cars of Hamilton and Wehrlein 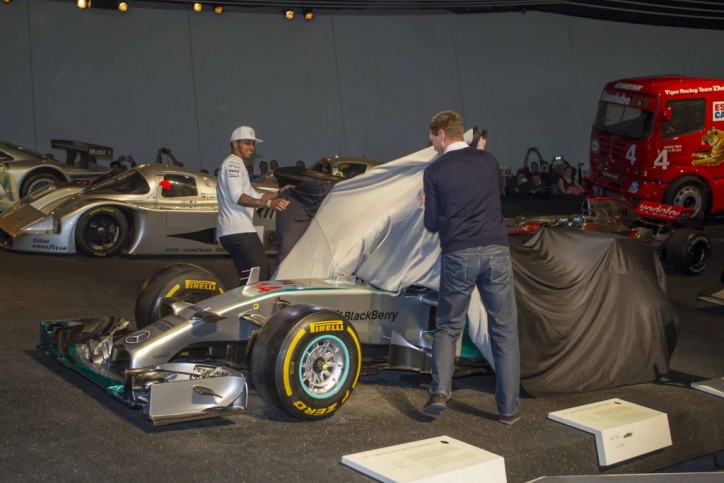 Lewis Hamilton and Ola Källenius ceremoniously unveil the championship-winning Formula 1 car from 2014 at the Mercedes-Benz Museum.

The Mercedes-Benz Museum just added two vehicles in its collection. The new arrivals were the race cars of Lewis Hamilton from the 2014 Formula One season and the one used by Pascal Wehrlein in the current DTM season. These were the ones used by the two celebrated drivers en route to winning the Drivers’ World Championships in their respective sporting organizations.

For the 2014 Mercedes-AMG Petronas F1 W05 Hybrid and its successor, the cars were instrumental in giving the Mercedes F1 team the Constructors’ Championship on two occasions. The race cars brought Hamilton back-to-back world titles from 2014 to 2015 as well.

On the other hand, the gooix Mercedes-AMG C 63 DTM was the winning formula of Wehrlein this year, which made him the youngest DTM champion just a day shy of his 21st birthday.

The cars of Hamilton and Wehrlein were included in the Races and Records section of Mercedes-Benz Museum. The unveiling happened on December 12, 2015 during a press conference marking the end of the 2015 motor racing season.

Many famous personalities in motorsport were at the event. Among the most notable attendees were F1 legends Sir Stirling Moss, David Coulthard, and Mika Häkkinnen. Also there was Bernd Mayländer, a racer and the current F1 safety car driver.