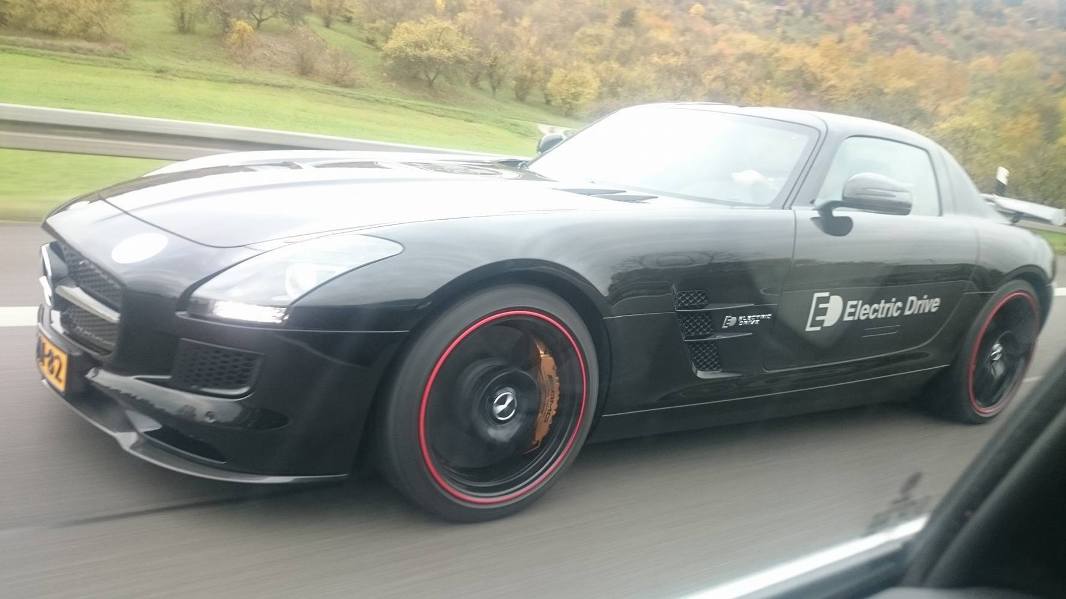 A limited number of the Mercedes-Benz SLS AMG Electric Drive was produced and seeing one in the flesh rarely happens. However, one was spotted recently as shown on by a report from autoevolution.com.

The rare sighting was caught by Timo Nitsch, who immediately snapped a number of photos of the luxury vehicle. The photos were then sent to Gumbal. However, no information came with the images, which means it is not easy to know when the images were taken. But, the SLS AMG Electric Drive caught on camera came with Dutch license plates. Basing on the background and the name of the person who took the pictures, it was likely taken somewhere in Germany. 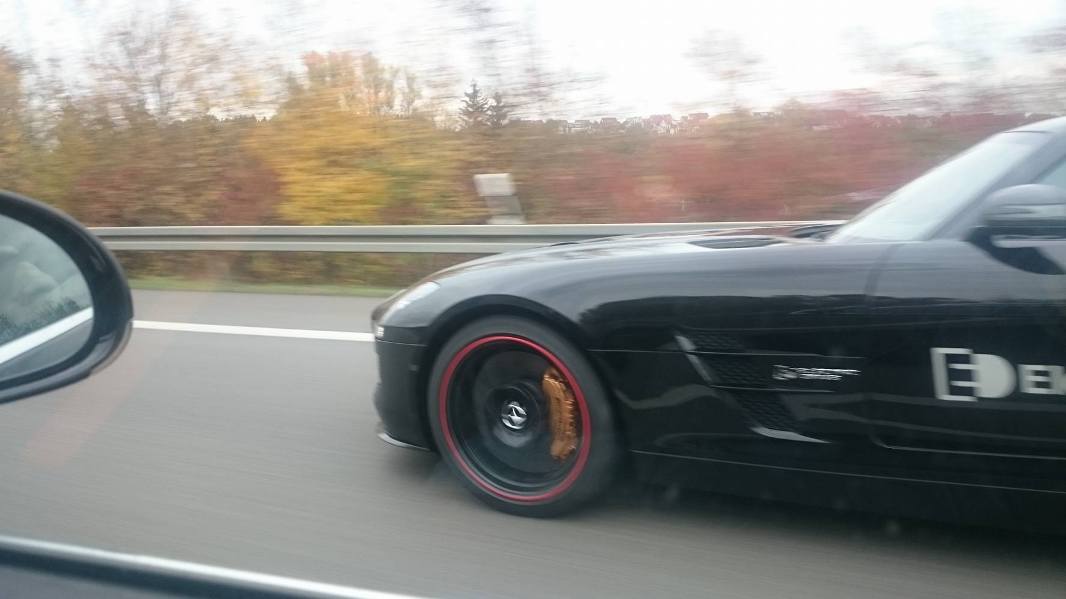 Production for the luxury vehicle ran for one year and the price of one unit is at around half a million dollars. The Mercedes-Benz SLS AMG Electric Drive caught on camera does not have the glossy blue color that impressed the crowds attending the Mondial de L’Automobile 2012. In fact it does not have the eye-catching yellow color theme as shown on the mini-site for the SLS AMG Electric Drive. Despite this, its black color theme does give it a stealthy status, which reflects how rare it is. Adding to its character are the golden brake calipers and metallic-red edge wheels.

The sides of vehicle prominently display the “Electric Drive” label. This may point at the possibility that this particular Mercedes-Benz SLS AMG Electric Drive may not be owned by an individual since anyone who can afford $500,000 for a luxury vehicle may not want to drive around with a marketing vehicle. It is possible that this unit is currently own by a dealer, exhibit or a museum.

Aside from the “Electric Drive” label, it appears to have a number of barely visible stickers on its hood as well as the rear bumper. While these stickers look like an atom, it should not be considered as a nuclear-powered luxury vehicle. However, the stickers do make the SLS AMG Electric Drive look cooler and alludes to an alternate method of propulsion.

The four electric motors of the SLS AMG Electric Drive produces a total of 751 HP of power and torque of 1,000 Nm, making it the most powerful AMG to enter the market when it was initially introduced. It is capable of accelerating from 0 to 100 km/h within 3.9 seconds and has a total range of around 250 kilometers.

The Mercedes-Benz SLS AMG Electric Drive was touted to be the fastest electrically-powered series production vehicle in the world.