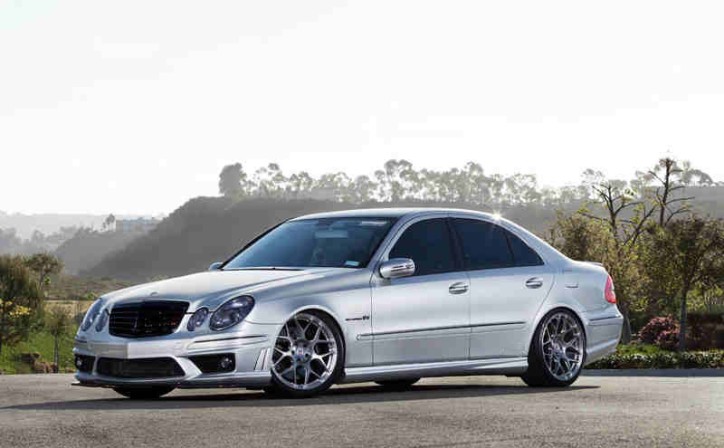 An 11-second video clip of a Mercedes E55 AMG was recently uploaded in YouTube. It shows the performance car rip through the highway like crazy.

According to the description of the uploader, the video was taken inside an Ls2 GTO. The clip starts with the car of the camera guy seemingly keeping pace with the E55 AMG. But as soon as the supercharger of the Mercedes kicked off, all the occupants of the car, including the one taking the video, just had to laugh about it while staring at the beautiful rear of the car bearing the three-pointed star logo.

The uploader said the car is running a 77 mm supercharger pulley with a 195 mm crank pulley that provides it an additional 22-24 psi. He was later corrected by Karpo Chakryan, the supposed owner of the E55 AMG, in the comments section. The owner stated that his car is actually equipped with a 74 mm supercharger pulley, not 77 mm.

Anyway, the person who uploaded the clip confirmed that the car is definitely Chakryan’s who happens to be known in the racing circuit as the Crazy Russian. You have probably came across that moniker in some of the drag racing videos circulating on the Internet from DragTimes that involve Russian cars which were tuned to massive proportions.

Aside from the fact that it is reckless and illegal to drive on a public road at that ridiculous speed, Crazy Russian warned against replicating his mad experiment with his E55 AMG. He noted that the massive rpm produced too much heat for the supercharger. Therefore, he only drove the car for around 20 to 30 minutes at that speed before the supercharger finally blew up.

Check out the short footage below: