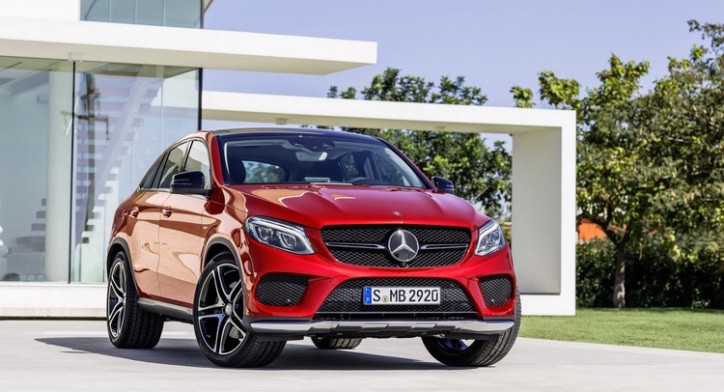 The official photo of the Mercedes-Benz GLE Coupe.

The Mercedes-Benz GLE Coupe recently had its production launch at the Tuscaloosa Plant.

According to Carscoops, Daimler has allotted $4.5 billion from its budget to be utilized in the said plant for the production of the entire standard GLE lineup, plus its coupe version. The amount also covers the manufacture of the C-Class sedan and GL-Class. In addition, the plant would be responsible for the soon-to-be-unveiled GLC-Class, new C-Class variants like its coupe and convertible models, as well as the GLS-Class, based on a report by Motor Authority.

The Mercedes-Benz GLE Coupe is included in the more than 300,000 units that the German automaker is planning to release from its plant in Alabama this year. The mentioned figure is up from the approximately 232,000 vehicles the facility rolled out last year.

As to the delivery date of the new SUV coupe of the three-pointed star brand to customers, Mercedes hasn’t revealed any details about it yet.

The Mercedes-Benz GLE Coupe is the company’s response to the BMW X6. It focuses on the section of the market where the Infinity QX70 and the Range Rover Sport belongs too.

In the interview of Markus Schafer, a member of the Divisional Board of Mercedes-Benz Cars, with Carscoops, he emphasized that the Mercedes-Benz GLE Coupe is an integral part of the company’s expansion in the market.

It should be noted that the goal of Mercedes at the end of the decade is to recapture its status as the best-selling luxury car brand, which is something it lost to BMW a couple of years ago.