The Mercedes W06 May Look the Same But Completely Different Within 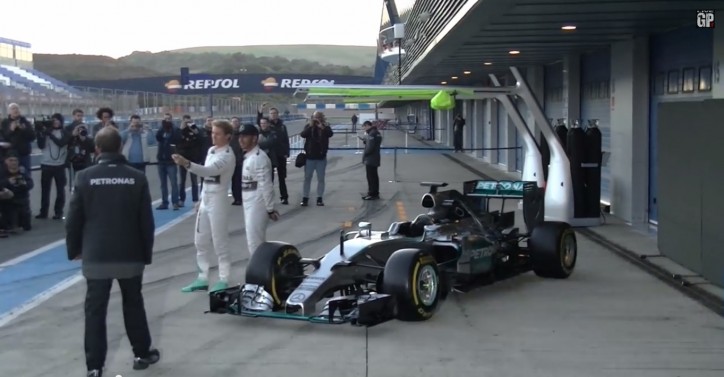 Nico Rosberg takes a selfie with Lewis Hamilton during the launching of the Mercedes W06 F1 car in Jerez.

When the new Mercedes-AMG Petronas Formula One car was unveiled in Jerez, it was quite difficult to point out what was exactly different from it compared to its predecessor. The Mercedes W06 or the new Silver Arrow simply looked like it was the identical twin of the W05, which grabbed the F1 Constructors’ Championship last year. Only a very close examination would show little changes within the aero components of the new race car.

However, Mercedes engineering director Aldo Costa revealed during an interview with Gazzetta dello Sport that there’s more to it. While he admitted that the Mercedes W06 definitely appeared to have sprouted or evolved directly from the W05 when observed from its exterior, he claimed underneath the body of the car would tell it is a completely different unit.

Based from Costa’s statements with the source, the changes were particularly made to address the reliability issues that its car experienced last year. It should be noted that Lewis Hamilton was held back earlier in the 2014 F1 season by mechanical issues. The problems propelled his teammate Nico Rosberg to the top of the drivers’ rankings right away. However, in the final race of the season, it would be the latter who would fall victim to mechanical issues. The event allowed Hamilton to sail smoothly to the checkered flag in the last race. Rosberg was robbed by his own car of the opportunity to challenge his teammate in the concluding race.

Costa said he was pleased with the results in Jerez because those were in line with their expectations. He reminded though that despite the huge developments in the reliability and behavior of the Mercedes F1 car, they aren’t 100 percent satisfied with the W06 yet because some problems have arisen along the way.