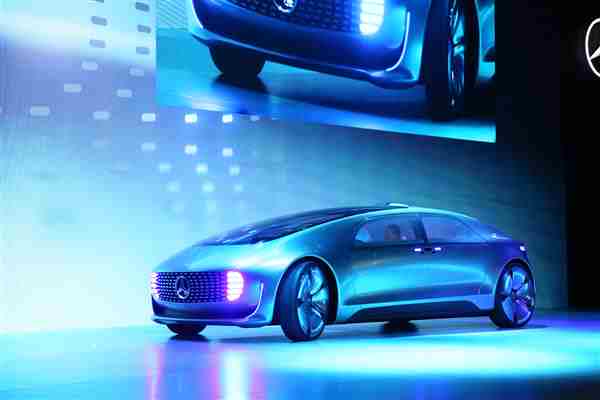 The Mercedes self-driving concept car at the 2015 CES in Las Vegas.

The much-awaited new Mercedes concept car was finally unveiled. The three-pointed star showcased the Mercedes-Benz F015 Luxury in Motion at the 2015 Consumer Electronics Show (CES) held in Las Vegas. As we have earlier predicted, the vehicle had the autonomous driving feature.

The car was introduced by none other than the Daimler supremo Dr. Dieter Zetsche. Like a proud dad who just had a newborn baby, he gave the audience a rundown on all the key features of their self-driving concept car.

According to the CEO, the vehicle was aimed at the future roads populated with “exclusive cocoon on wheels.” He further noted that vehicles with autonomous driving traits will have a huge impact in our society later.

Dr. Zetsche also stated that he foresaw a future wherein cars will no longer be viewed as merely means of transport. Instead, it will be considered already as a mobile living space.

The Exterior of the Concept Car

As hinted by spy photos and the recent teaser image of the car, it featured an elongated body like a futuristic space pod on wheels. Based from our source, the self-driving concept car of Mercedes measured 17 feet in length and five feet in height.

Notably, the vehicle had a single pane of glass making up the windshield going all the way up and transitioning into a sunroof. Then, it was fitted with 26-inch wheels.

The Technology Within the Self-Driving Car

Despite its autonomous driving system, the car can still be manually piloted depending on the preference of the driver. Like the Mercedes Future Truck 2025, the grille light of the auto indicates whether it is on auto-drive or manual. The illuminated grille even projects a crosswalk on the street to let pedestrians know that it is safe to cross.

In addition, the cabin of the car has pedestal seats that automatically rotate 30 degrees to allow its passengers a convenient way to enter or exit the car when the doors are opened.

Lastly, the high-tech auto had six high-resolution touchscreen display panels to keep its occupants entertained, allow them to browse online, as well as provide them a view outside the car.

Check out some of the photos below of the new Mercedes self-driving concept car during its launching at the 2015 CES: