SEND US A TIP
Trucks, Videos
0 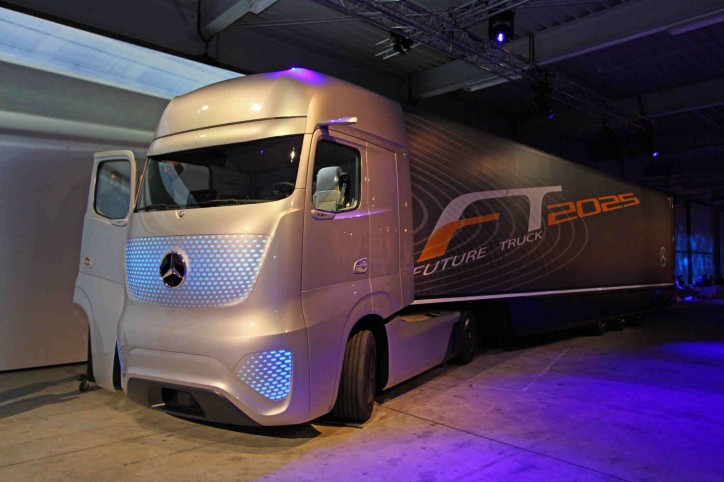 The life of a truck driver involves a lot of stress. Truck drivers have to watch out for the traffic, comply with delivery schedules, miss a lot of family time, and juggle with additional responsibilities that may be required from them at work.

The combination of the said factors often lead to exhaustion even before they reach their destination. Not to mention the fact that they still have to drive the massive vehicle back to their headquarters after delivering their merchandise.

In an effort to lessen the stress of future truck drivers, and ensure their safety above all, Daimler has developed the world’s first-ever self-driving truck. At the 65th IAA event at Hannover, the company unveiled its prototype Mercedes-Benz Future Truck 2025 with the auto-drive feature. However, prior to the unveiling, the self driving capability of the truck has already been shown last July, which you can watch in the videos below:

The video above is the promotional material released by Daimler. The other one below shows the long version of the presentation above, which contains the actual demonstration of the Mercedes-Benz self driving truck plus commentaries from the hosts of the event.

The long video details how the truck responds to certain traffic conditions, including when public service vehicles are along the way or when there are warnings from other motorists.

It can be noticed that the exterior of the truck in the videos was different from the one unveiled at the IAA. Mercedes-Benz was probably hiding its visuals that time so as not to kill the excitement leading to its premiere at the Hannover event.