SEND US A TIP
AMG, Technology
0 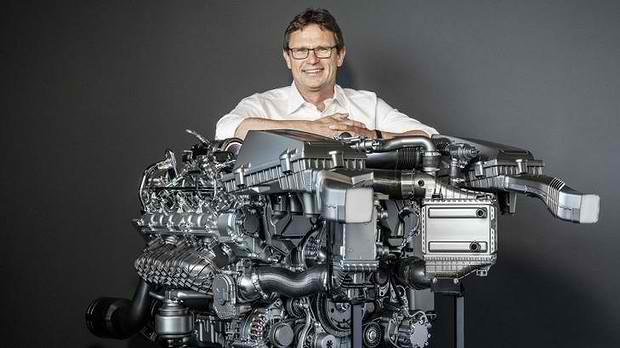 Audi recently revealed its RS5 TDI Concept. The next-generation Audi Q7 is hyped as the first production car to be equipped with the electric turbocharged engine.

Not to be outdone, Mercedes-AMG seems to be considering on putting e-turbo engines on its future cars, in addition to its plan to incorporate several Formula One technologies to its upcoming road vehicles. Jochen Martin Schmid, the chief of the powertrain development division of AMG, confirmed through an interview with Drive that they are looking to investigate the benefits of e-turbo engines.

According to Carbuzz, the new technology will further enhance the fuel-efficiency features of AMG cars and allow a lower-rev engine boosting. That means more mileage per gallon and better drag for future Mercedes cars.

Currently, the Audi concept car with e-turbo uses an advanced electric compressor. This eliminates all the turbo lag by ensuring that the smaller of the two turbochargers is always spolled up, explained GT Spirit. It ensures that power is available as soon as the throttle pedal is stepped on, it added.

The effect of the e-turbo to the RS5 TDI Concept car is mostly on the torque. While the next-gen car of Audi retains its 380 hp, its torque is likely to be dramatically increased to a whopping 553 lb-ft. As a result the concept car can hit 100 kmph in just a span of four seconds and reach a top speed of 280 kmph.

On the fuel-efficiency part, the new tech should enable Audi’s new auto to consume less than five liters of diesel in every 100 km under an average cycle.