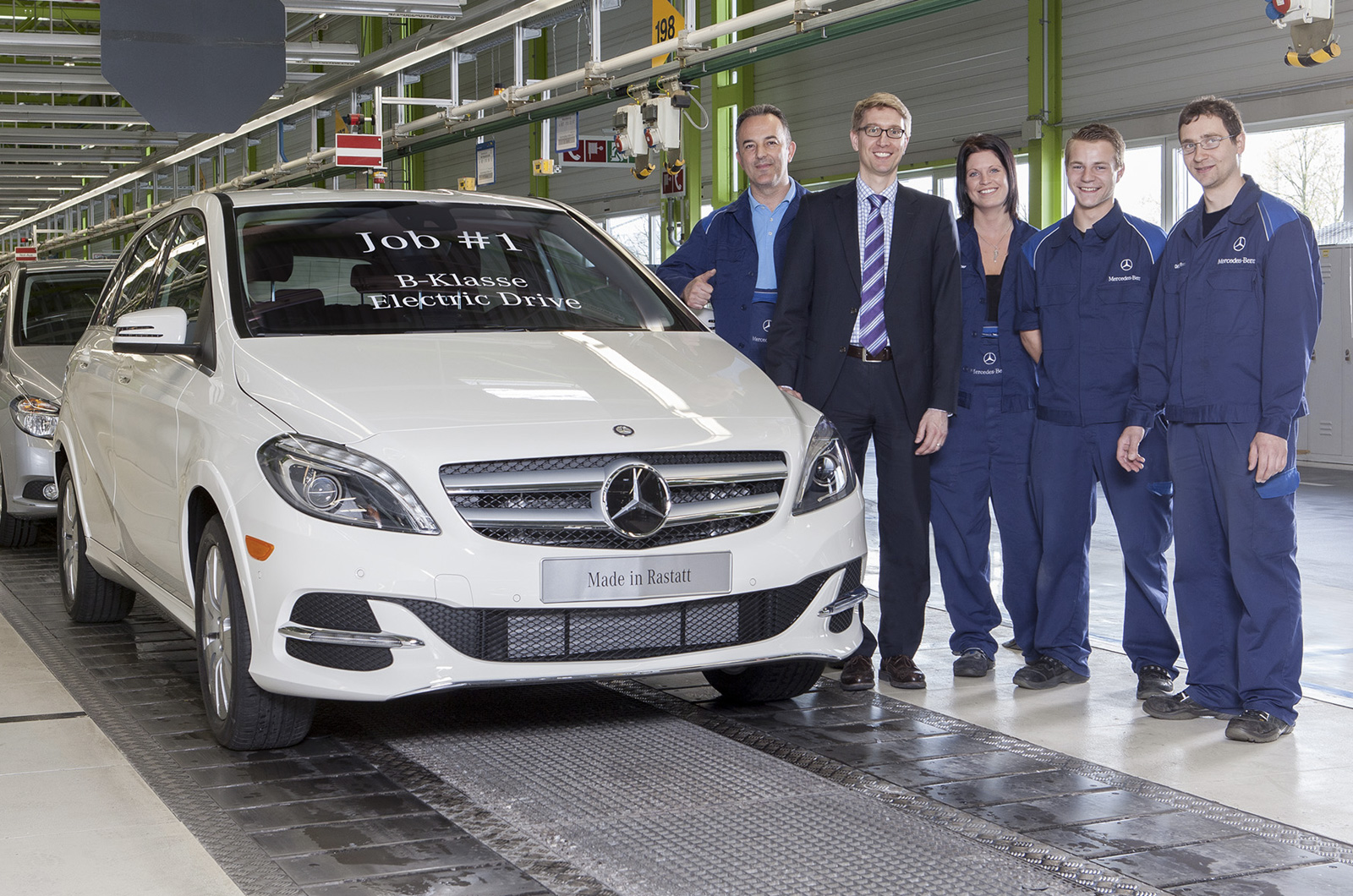 Sources revealed that the Mercedes electric B-Class is already in its production stage. [Photo Source: AutoCar]

Daimler recently revealed via Reuters that the series production of its Mercedes electric B-Class is already underway. The parent company of the three-pointed star brand said that the cars will be launched in the US in the middle of 2014. Then, deliveries will commence in Germany at the latter part of the year.

The Battery of the New Mercedes Electric B-Class

The new five-seater Mercedes electric B-Class is currently produced in Rastatt, Germany. Daimler stated that the vehicle’s fully-charged lithium-ion battery can go for 200 kilometers before it needs to be juiced up again. It should be noted that Tesla Motors is the one supplying the batteries.

The Engine of the Upcoming Mercedes Electric B-Class

For the power of the car, its engine is capable of producing up to 177 bhp and 250 lb-ft of torque. The output of the engine enables the car to reach an electronically limited speed of 100 mph. Then, it allows the car to sprint from zero to 62 mph in just a span of 7.9 seconds.

From the photos released by AutoCar, it was observed that the design of the car’s exterior still carries the distinguishing features of the second-generation of B-Class produced today. Among the very few noticeable changes it had were the front bumper and body-cloured cladding within the wheel arches.

Check out some photos of the soon-to-be-released Mercedes Electric B-Class below, which were provided by AutoCar:

Sources revealed that the Mercedes electric B-Class is already in its production stage. [Photo Source: AutoCar]