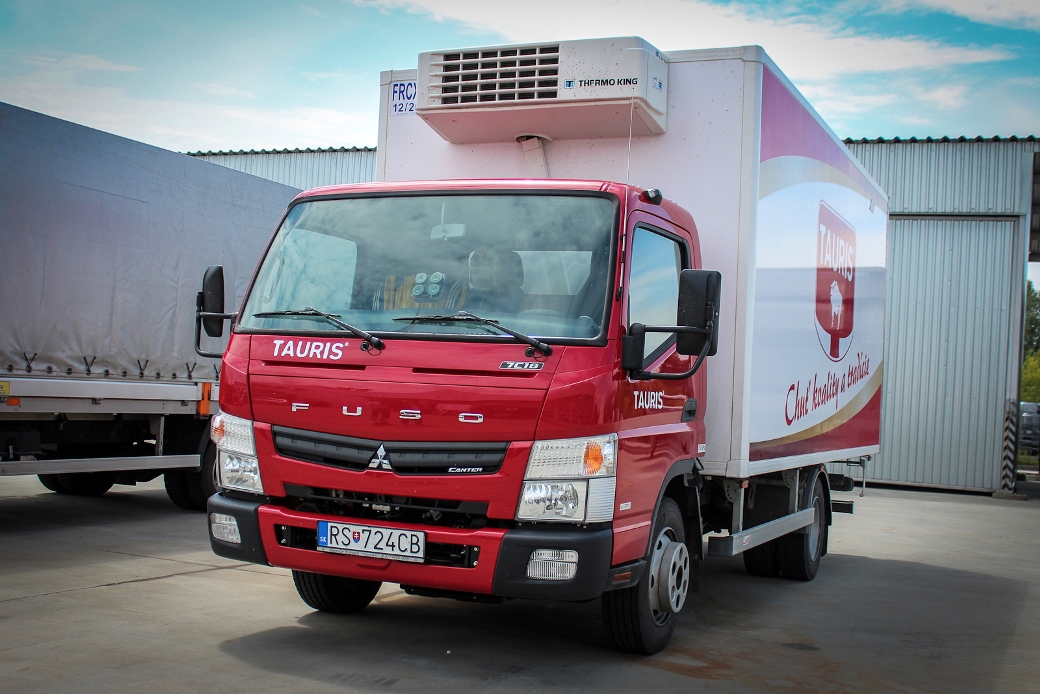 In an effort to increase the size of its fleet, the biggest sausage and meat manufacturer in Slovakia opted to acquire fourteen Fuso Canter units. The 3.3-t loading capacity, positive price/performance ratio, and maneuverability of the Canter were among the factors Tauris considered when they purchased the truck.

The Fuso Canter 7C18s features freezer box body and can be utilized in delivering the products of the company. The fleet of Tauris consists of vehicles from Iveco, MAN, Mercedes-Benz, and Renault. The sale of the fourteen units signifies a significant accomplishment for the Fuso brand.

The rear axle of the Fuso Canter 7C has a carrying load of 6.0t, which leads its competitors in its weight class. This high load capacity makes the vehicle ideal for high payload needs. The payload and load-carrying capacity of the Fuso Canter are among of its notable features.