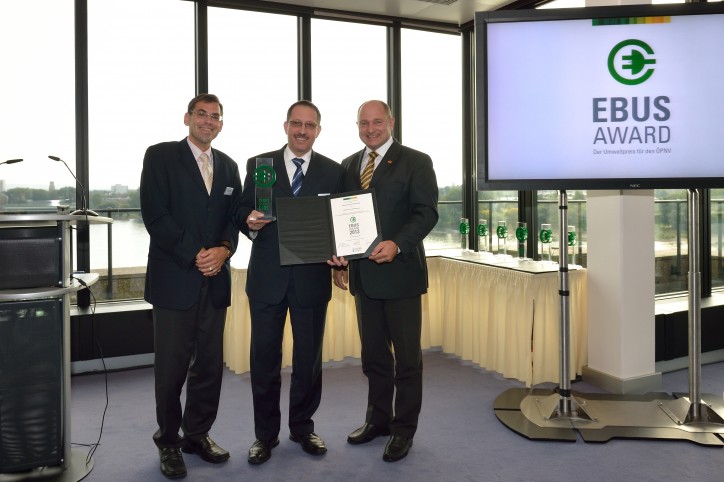 Under the patronage of Dr. Peter Ramsauer, the Federal Minister for Transport, Building and Urban Development, the EBUS Award was given in recognition of the efforts that have been made to introduce electric buses into public local transport, and is intended as an incentive to drive forward innovative developments in this sector. In giving the award to  the Citaro FuelCELL Hybrid, the judges recognized the fuel cell, lithium-ion battery and electric motor components of the bus, which enables it to travel over 300 kilometres without producing any emissions at all. The judges also noted the use of a fuel cell that had already been deployed in the passenger car segment by the German automaker. Furthermore, with more than a dozen buses in actual service (17 in fact), the awarding committee recognized that the Citaro fuel cell hybrid was not a mere technology demonstrator but an actual working vehicle in use in the public transport system.

Compared to previous generations systems, the Citaro hybrid bus now uses 50% less hydrogen, due to improvements like fuel cell stacking and lithium-ion cell hybridization. With these improvements, Mercedes-Benz has demonstrated that  it is now possible to mass manufacture drive systems that are virtually maintenance-free and very long-lasting. Cars and buses running on electric power alone with fuel cells as energy generators are now very much a reality. In terms of greening our technologies to lessen the impact of transport systems on the environment, Mercedes has shown that is leading the way. The recognition of government and scientific groups of the company’s efforts only serves to spur interest and gratitude on the part of consumers.