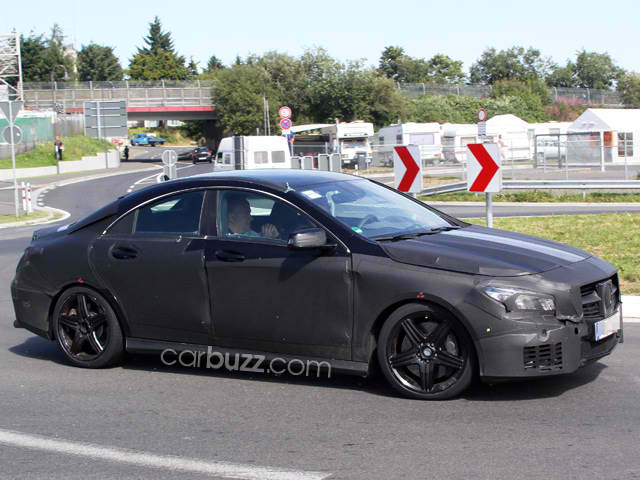 We’ve been feeding you with news about fast cars from Mercedes AMG for a while now, that is because that’s all there is in the Merc world for quite some time. Now, we are taking a breather from the speed as we blog that there is a new breed of car that the company is going to release.

If you want an AMG but can’t drive fast, or you are scared of sitting inside a fast one, then you’ll be glad to know that the A45 AMG, which is based on the new A-Class will only have a 2.0L four cylinder turbo engine which will produce power in the area of 330HP. Having the “turbo” still attached to the engine, we’re thinking this will still be fast, but it won’t be as fast as the V8s and it won’t sound the same too.

Excited? Well the car blogging community is excited for this too, so when they saw the prototype on the road for testing, they wasted no time in capturing the small hatchback.

As you can see, huge wheels and exhaust are obvious, which gives away some clues about its performance. From reports, the turbo engine is combined with a Heldex all-drive wheel system and an AMG SPEEDSHIFT 7-speed dual clutch gearbox.

The car will most likely be launched next year, and it might be offered in the US.