SEND US A TIP
C-Class Coupe
0 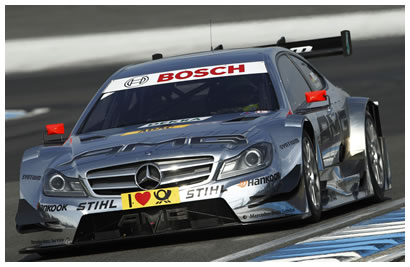 The DTM season opening on April 29 at the Hockenheimring Baden-Württemberg has a lot passionate fans eagerly awaiting the new era – an era which will see the three German manufacturer rivals going head to head on the race track for the first time in twenty years.

Apart from the presence of the big three names in luxury car industry, there will new technical rules governing the event. Most notable are rules which aim to reduce costs, improve the safety of DTM drivers, retain appeal of the event to audiences and to level the playing field between participants.

The way drivers and teams earn points will also have major changes. Following the scoring system of Formula 1, participants will now earn points as long as they are classified within the top ten for each race.

Mercedes-Benz has eight drivers in its DTM roster, similar to Audi. Meanwhile, BMW will be represented by six drivers.