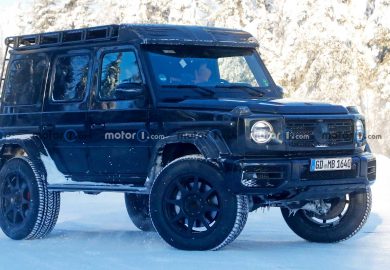 The 2022 Mercedes-Benz G-Class 4×4 Squared was seen making its rounds again. This confirms that the iconic SUV is here to stay amid the complete streamlining efforts of its maker. To go with the changes in the automotive landscape, which is now geared towards electrification, Daimler CEO Ola Källenius confirmed Mercedes’ plan to electrify the auto back in 2019, and the new spy photos display that plan in motion. The new spy shots from Motor1 show the G-Class riding on portal axles, which suggests that we are looking at its new 4×4 Squared model. The follow-up to the Mercedes-Benz G550 4×42 is partly covered in camouflage, but the changes are… Continue Reading »

Mercedes-Benz G-Class Gets a Meaner Look, Thanks to Marius Designhaus 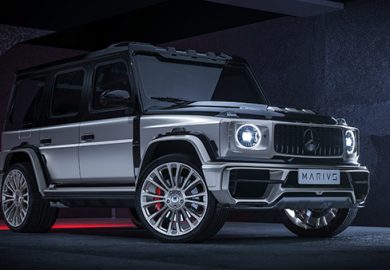 The Mercedes-Benz G-Class is only in its second-generation series, but over decades, it has already undergone several overhauls. Already on its 400,000th unit as of December 2020, the iconic sport utility vehicle is one of the most-coveted rides of famous and wealthy personalities. Recently, Romanian aftermarket tuner Marius Designhaus released a new widebody package that further puts emphasis on the successful design cues of the G-Wagen. The company was put in the spotlight after the successful debut of its Lamborghini Urus kit back in September 2020. From there, the specialist applied its formula to the G-Class. The new project is called “MD2”. The MD2 package consists of a custom hood… Continue Reading » 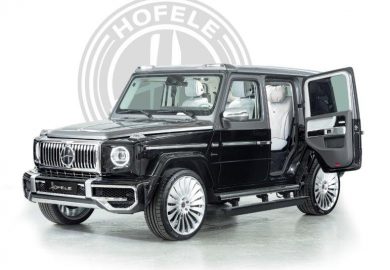 The Mercedes-Maybach G650 Landaulet is a very rare gem in the luxury sport utility vehicle lineup of the three-pointed star marque because only 99 units of it were ever produced. However, I could not agree more with the fact that if Maybach, the ultra-luxury arm of Mercedes, were to make a G-Wagen that is true to its DNA, it should look more like the Ultimate HG from Hofele Design. The Ultimate HG is based on the Mercedes G-Class platform. The modifications turn the G350d, G500, and AMG 63 trims of the luxury SUV into an alternative luxury limousine with shades of the Rolls-Royce Phantom and Range Rover SUVs. The most… Continue Reading » 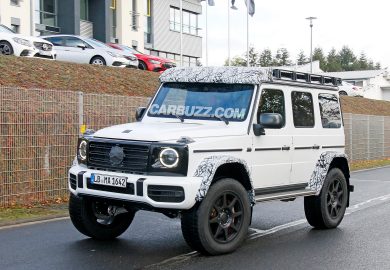 After the numerous sightings of a black Mercedes-Benz G-Class 4×4 Squared on the road in the past few months, a white variant of the prototype was spied cruising on the Nurburgring circuit. The white prototype on the spy shots of Carbuzz appeared fitted with some additional accessories compared to its black version. Aside from the exterior paint job, among the noticeable changes include the new roof rack complete with a ladder on the rear part of the SUV, and the red brake calipers. Like the earlier prototype, the front grille logo, wheel arches, spare wheel cap on the rear, and the bar on the roof remained hidden. Of course, the… Continue Reading » 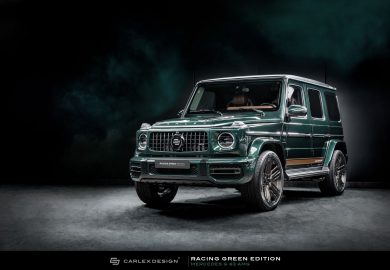 The iconic Mercedes-Benz G-Class sport utility vehicle takes a new look thanks to Carlex Design. After the Yachting Edition of the model released by the company sometime in April this year, the new project elevates the Gelandewagen once more with its Racing Green Edition. The Mercedes-Benz G-Class Racing Green Edition is highlighted by its dark tang of emerald green paint job, which is inspired by British racing green. The paint is applied by hand by the specialists of Carlex Design. It also gets a contrasting gold accent on its lower area plus wheel cover accessory and roof that both come in carbon fiber. Then the cosmetic enhancements are topped off… Continue Reading » 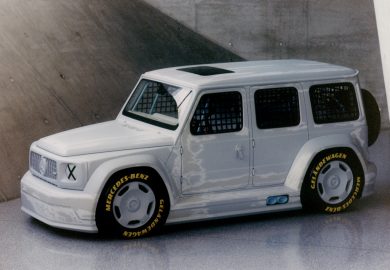 What happens when Mercedes-Benz Chief Design Officer Gorden Wagener and Louis Vuitton Chief Creative Director Virgil Abloh clash and they choose the G-Class as the canvass of their artistic talents? The result is a unique creation called “Project Gelandewagen”. Project Gelandewagen is simply a 1:3-scale resin model of a modified white Mercedes-Benz G-Class. It strips the sport utility vehicle of most of its exterior accessories, including its side mirrors and bumper bars, leaving only its basic parts intact. Then the vehicle is given wider fenders and its ride height is lowered giving it an aerodynamics design inspired by NASCAR cars. The interior of the model is also laid bare and… Continue Reading »

New Mercedes-Benz G-Class 4×4 in the Works 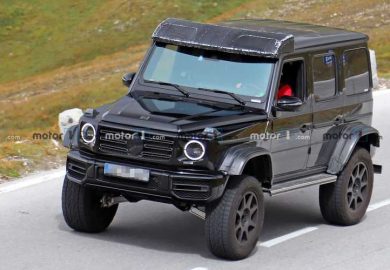 It looks like we haven’t seen the last of the Mercedes-Benz G-Class 4×42 just yet. New spy shots further confirm that the three-pointed star marque is working on the successor of the iconic sport utility vehicle. The new spy photos of Motor1, show a variant of the G-Class riding on high suspension, portal axles, and 22-inch wheels similar to the 4×42. The track width of the auto is also increased by 11.7-inches to give it better stability. Meanwhile, its ground clearance is now at 17.7 inches with a fording depth of 39.9 inches. Among the other upgrades seen in the G-Class are the extended fenders and a possible LED light… Continue Reading »