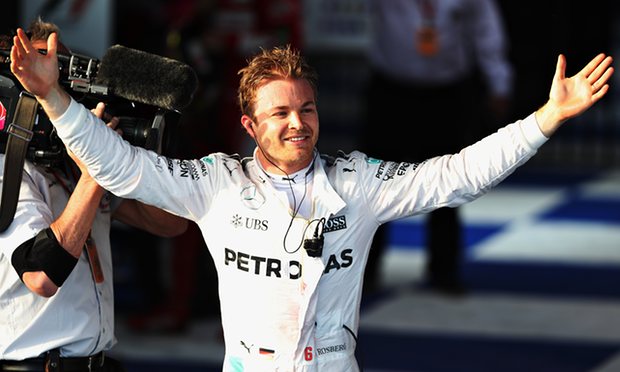 The contract of Nico Rosberg is set to expire this year. Reports suggest that a new contract for the current leader in the Formula One Driver Standings is almost secured.

According to an article published in Autoweek, Mercedes-AMG Petronas F1 Team non-executive chairman Niki Lauda revealed that the deal with Rosberg is almost finalized. However, the Mercedes driver played down the reports when asked about it.

Rosberg pointed out to the press that nothing has changed and there is no time pressure about the matter. He also expressed his desire to stay with the team for more years to come.

There are claims made by several sources lately that Ferrari has been luring Rosberg in its payroll. The driver, who just turned 31 on Monday, said that he is not interested though.

In fact, Rosberg was more keen in discussing the upcoming Austrian Grand Prix than the status of his Mercedes contract. He told the press that despite the venue being in Red Bull’s turf, he is more comfortable in it because the track suits him very well.

The Mercedes driver expects to extend his lead over the reigning F1 Drivers Champion and his teammate Lewis Hamilton in Austria and gain a hat-trick of wins in Spielberg.

At present, Rosberg is positioned at the top position in the 2016 F1 season’s driver standings. He possesses 141 points while Hamilton is trailing behind with 117 points. Both Ferrari drivers, Sebastian Vettel and Kimi Raikkonen, are at the third and fourth places with 96 and 81 points, respectively.