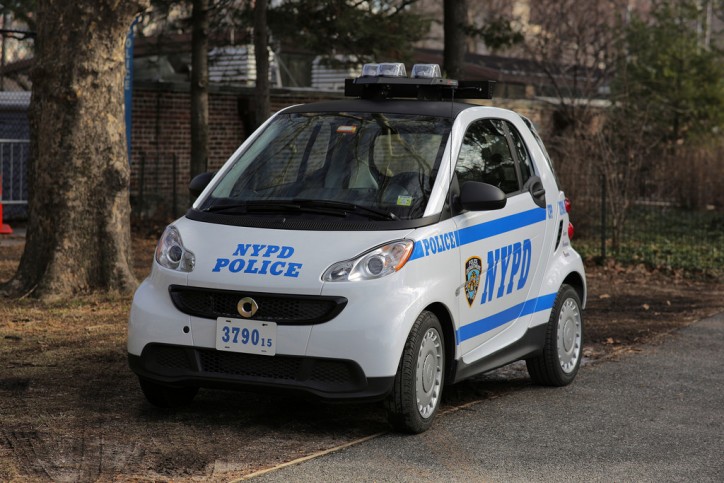 Last month it was revealed that the New York City Police Department has been testing the Smart ForTwo. According to Business Insider, NYPD is planning to include the compact vehicle into its fleet in order to replace its aging three-wheel Cushman scooter units.

The report said the Department decided to shift to the Smart car because of the comfort it can bring to its occupant. Compared to the scooter, the car will offer heating, air conditioning and one more seating capacity.

In addition, NYPD Police Commissioner Bill Bratton stated they found out that the cars were actually more maneuverable than scooters in many instances. He also added that the ForTwo were cheaper than their old three-wheelers.

The source claimed NYPD ordered nine of the $119,000-worth eight-foot cars to be used in its duty to serve the public. However, as of February, only one has been seen making rounds in its jurisdiction. The car was recently seen patrolling the narrow pathways of Central Park. The rest will be deployed in traffic and school-safety precincts around the place.

The post mentioned NYPD is looking to get 100 units of the Smart ForTwo. It would completely replace the scooters of the Department.

The car is only expected to be used in patrolling the tight corners of New York City though. The limited speed of the vehicle means it is not capable of being used in high-speed chases. But then again, the speed limit in the boroughs are just 30 mph, anyway. And talking about speed, it surely offers more than the Cushman scooters.