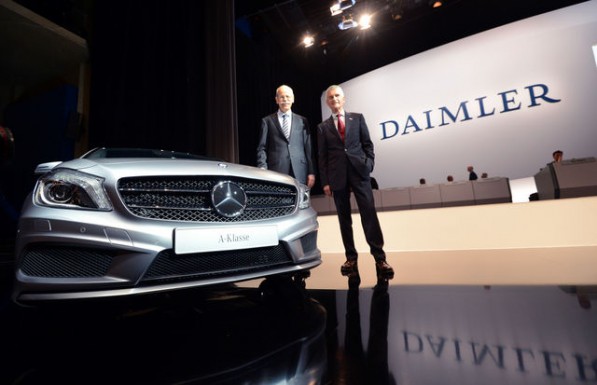 The big bosses at Daimler AG weren’t expecting the kind of profits the company would earn in this year’s first quarter. Record sales of Mercedes-Benz cars was able to make up for the brand’s spending on new models and facilities, making things for the company a lot easier and joyful moving forward in 2012.

2.13 billion euros, almost a 4.9-percent growth in profit compared to last year, is enough reason to be joyful. These figures beat average estimates by eight survey analysts. Sales grew by 9.2 percent, making it 27 billions euros for January to March alone.

Daimler CEO Dieter Zetsche was fast in rehighlighting his company’s goals for the rest of the year in order to match their performance in 2011. The company is looking to build at least 10 entirely new models by the year 2015 in order to reinvigorate the brand, including plans to introduce a sportier version of the A-Class.

The company is also looking to spend up to 110 million euros in order to reposition its bus models in the public transportation industry.