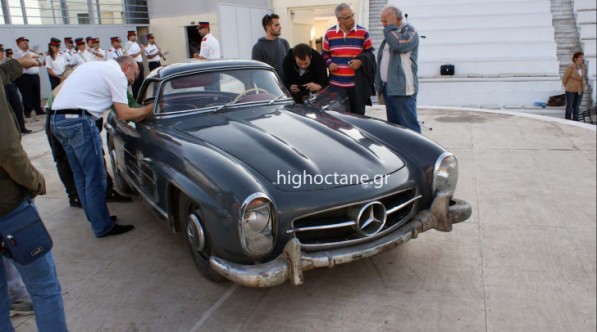 As an iconic and desirable car, the 300 SL knows few equals, so it would seem unbelievable that an example would sit untouched and unloved for almost forty years without anyone noticing its provenance.  But in Greece, a 1960 300 SL has been found in such a state. Apparently, its last owner had died in 1974 without any heirs to his name, and so the car passed on to the hands of the local municipality where no one gave the car much thought until now.

Auctioned off in Piraeus, Greece, this 1960 300 SL has fetched the tidy sum of 405,000 Euros, which in U.S. dollar terms is a little more than 560,000. The condition of the car is actually decent for one that has not had any TLC for almost four decades, and people who have looked it over say that it doesn’t need much work to restore it to its former glory.