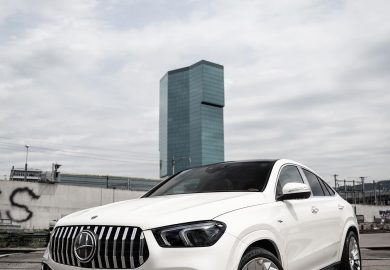 Time and time again, German aftermarket tuning specialist Hofele Design never fails to impress with its works on vehicles bearing the three-pointed star mark. Recently, the company unveiled a new package for the Mercedes-AMG GLE 53 Coupe that makes the luxury crossover stand out more. What we like about the latest works of Hofele is that they don’t go way overboard in their body kits. Even the tuner’s subtle packages work miracles for the cars they are intended for. Take for instance this specific GLE. All it did was change some of the auto’s visuals in the front grille, bumper lip, side intakes, side skirts, and quadruple exhaust pipes by… Continue Reading » 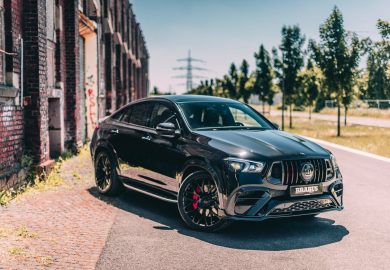 The Mercedes-AMG GLE 63 S Coupe provides a mix of luxury and sporty styling backed by a 4.0-liter twin-turbo V8 engine that is already capable of delivering up to 603 hp and 627 lb-ft of torque. However, for buyers who want more individualization and power that’s anything but subtle, Brabus has them covered. The new Brabus 800 tuning package takes the power of the AMG GLE 63 S Coupe to 800 hp and 738 lb-ft of torque. That means 197 hp and 111 lb-ft more than the factory-fresh version of the auto thanks to its new turbos with larger compressors and ECU remapping. The nine-speed automatic transmission of the crossover… Continue Reading » 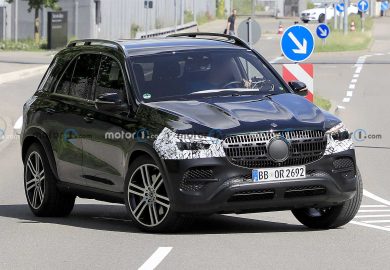 It’s only been three years since the current-generation Mercedes-Benz GLE SUV was launched. However, its maker is already looking to give it a mid-cycle refresh. More than a week ago, we spied a partially camouflaged prototype of the auto, and now, another sighting was made while it was undergoing testing on a public road. Previously, the unit that was caught in a spy video was a red-painted GLE SUV. This time, the one spotted had a black paint finish. Similar to the other vehicle, the spy photos from Motor1 show the same level of camo on the GLE SUV, which hints at the kind of facelift that it’s about to… Continue Reading » 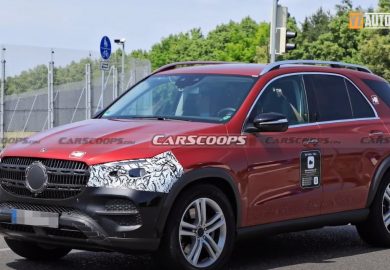 The new Mercedes-Benz GLE SUV was only rolled out last year but new spy shots suggest that it is already undergoing a facelift for the 2022 model series. The prototype was recently seen on European roads with minor camouflage, which gives us an idea of where the changes will take place. The exposed exterior of the SUV clearly gives it away as the full-sized GLE. So, all that’s left for us to guess are its covered areas. Looking closely, the Benz variant will likely get a double louver flanking the three-pointed star logo on the front grille. Then the covered lights will be updated to copy the ones fitted on… Continue Reading » 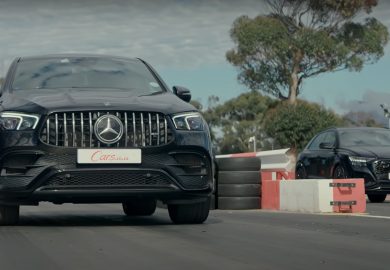 The Mercedes-Benz GLE Coupe goes a long way back in the three-pointed star brand’s portfolio. It started in 1997 as the M-Class until it was rebranded into its current name in 2015. Meanwhile, the Audi Q8 is relatively new in the crossover SUV scene as it was only introduced in 2018. Fast-forward today, the GLE and the R8 are positioned in the same segment of the market. With that, the two are often compared to each other. When it comes to autos, one of the measuring sticks of performance comes in terms of speed. So recently, Cars.co.za raced the top trim units of the two, namely the Mercedes-AMG GLE 63… Continue Reading » 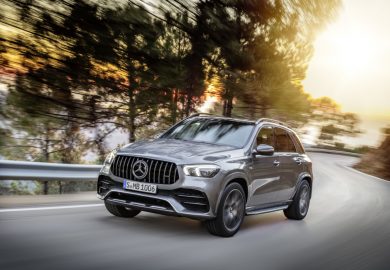 The new generation of the Mercedes-Benz GLE sport utility vehicle range finally gets a mild hybrid setup in the form of the Mercedes-AMG GLE 53 4MATIC+. It boasts a high output from its powerplant consisting of a six-cylinder combustion engine and electric motor. Power As an AMG product, expect nothing less when it comes to the power of the SUV. The 3.0-liter inline-six engine of the AMG GLE 53 produces 435 hp and 520 Nm of torque distributed via a nine-speed automatic transmission. Meanwhile, its EQ Boost starter generator provides an additional output of 16 kW and 250 Nm of torque for a brief moment to ensure its smooth acceleration…. Continue Reading » 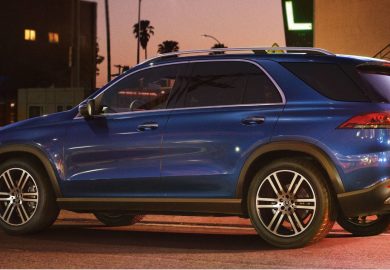 Comfort and luxury are the key features of the new 2020 Mercedes-Benz GLE midsize SUV. Though it is expected for a Benz to offer comfort and performance and to look aesthetically unique and elegant, what we didn’t expect from the latest GLE is the major leap forward in terms of technology. The GLE offers a variety of driver assistance features that include lane change, emergency braking, evasive steering, active blind spot, and left-turn assistance. There’s also a Mercedes Distronic adaptive cruise controls system that will follow the posted speed limit and guide the GLE around basic curves. The cabin is commanded by what is called the Mercedes-Benz User Experience (MBUX)…. Continue Reading »