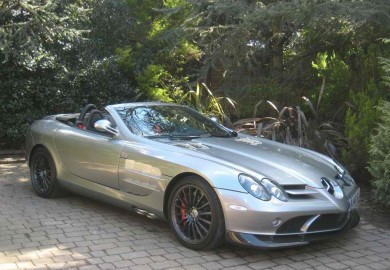 The 5.4-liter all-aluminum super-charged V8 engine of an average Mercedes-Benz McLaren SLR offers a total power of 617HP and torque of 580 lb-ft. This may be more than enough for a good number of people. However, others may feel the need for speed and power. The luxury vehicle manufacturer later offered the Mercedes-Benz McLaren SLR 722 Edition. The supercar came with an upgraded version of the engine, which featured a power output of 640HP and toque of 600 lb-ft for only 4000 rpm. This is similar to what is offered by the Lamborghini Murcielago LP 640. The 722S was later offered by the company. The 722S is considered an enhanced… Continue Reading » 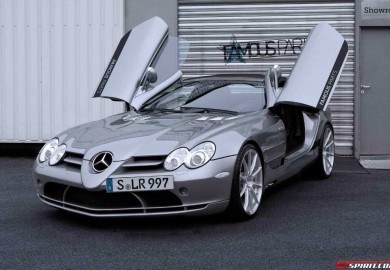 The year 2004 saw the introduction of the Mercedes-Benz SLR McLaren into the world. It was considered as among the best supercars in the world. Even as it was capable of competing with the Porsche Carrera GT with the combination of technology and performance, it also had the capability of travelling long journeys from one country to another. This made the supercar an all-around package for vehicle enthusiasts. The supercar features a super-charged V8 5.4-liter engine that has the capability of producing 626hp of power along with 780Nm of torque. The supercar also has the capability of sprinting from 0 to 100 km/h within 3.5 seconds. It also has a… Continue Reading »

Aston Martin Introduces the CC100 During Its Centennial Celebration 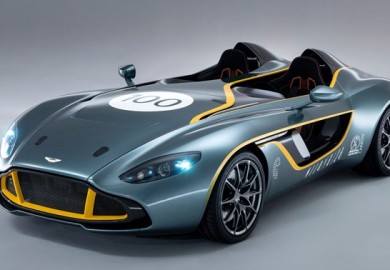 As part of the centennial celebration of Aston Martin, the company unveiled its CC100 Speedster concept last May 19 at the Nordschliefe. According to Autoblog, the two-seater concept car is packed with a 6.0-liter V12 engine with six-speed sequential manual paddleshift gearbox. It is capable of going from zero to 60mph in just a span of four seconds. Then, its top speed is limited to 180mph. On the other hand, the armor of the car is made up of carbon fiber materials. However, the design of the car is very much similar to the Mercedes-Benz McLaren SLR Stirling Moss which was launched in 2009. Well, it’s no surprise anyway since… Continue Reading »

Mika Hakkinen: Mercedes Will Not Likely Come On Top 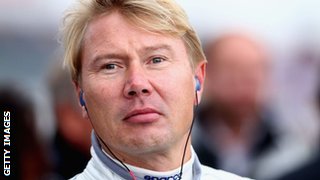 According to BBC, two-time Formula 1 Champion Mika Hakkinen stated that Mercedes-Benz will unlikely come on top this season. He said that the speed of their car is not enough to catapult them to the peak of the rankings. The 1998 and 1999 champ added that McLaren seems to be in its great form this year so they will definitely get the top position. David Coulthard does not share his former teammate’s view though. He thinks that the Mercedes-Benz has a great engine plus a lot of talented people. So, if the team will get to perfect their car’s aero package, Lewis Hamilton will have a great chance of winning… Continue Reading » 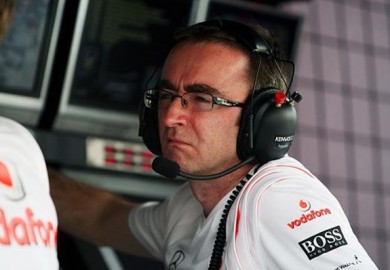 As of late, news about Formula One, McLaren and Mercedes-Benz center on Paddy Lowe. Even the social media are going into a frenzy about his rumored jump to the Mercedes-Benz team. Despite all the noise, McLaren was quiet about this matter. However, this didn’t deter us from doing our research on the side of McLaren. So read on to see what we found out. According to Spain’s El Confidencial, McLaren is working hard to prevent Mercedes-Benz from luring Lowe into their Formula 1 team. Other sources also leaked that McLaren offered to give him a raise in his salary if he decides to stay. In any case, McLaren is definitely… Continue Reading » 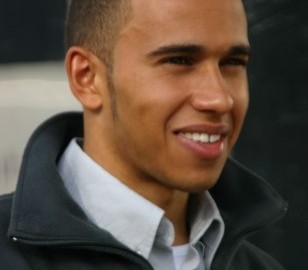 “There is a great spirit here. The guys seem hungrier than any group of people I’ve seen before. They seem seriously hungry to win and excited they have another shot at it this year,” said Lewis Hamilton in his statement to Reuters. “Every year there was always a great atmosphere at McLaren. But it’s a different environment to come to and a different feeling because it’s new and fresh. The guys seem to be just as on it if not more,” added Mercedes’ new team driver. The statement was in response to the issues circulating in the media concerning their team. Apparently, it was rumored that they are experiencing some… Continue Reading »

A Video Reminder Of The SLR’s Brutality 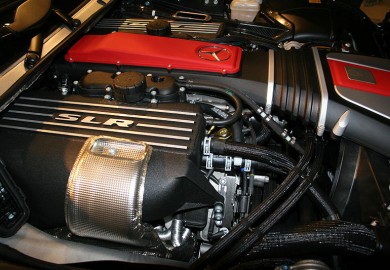 Produced from 2003-2009, the Mercedes SLR McLaren is a supercar with an impeccable pedigree. Made in England with a hand-built engine and a carbon fiber body, this car could accelerate to 60 mph in around 3.4 seconds from the almost 620 horsepower produced by its supercharged, 90-degree V8. The SLR has since been superseded by the SLS, but certainly not surpassed. And despite a projected run of only 3,500 units, the SLR spawned several variants. Among them was a roadster edition, the 722 editions and the Stirling Moss and McLaren special editions. These were produced in very limited numbers with prices topping more than a million dollars in many cases…. Continue Reading »