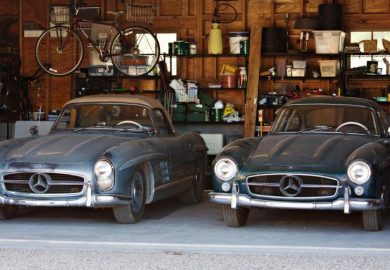 The Mercedes-Benz 300 SL is one of the most iconic cars of the three-pointed star brand. The auto remains as one of the most in demand classic vehicles in auctions. However, most units sold in the market nowadays are restored versions of the car and have been passed from one owner to another. Recently, two 1950s Mercedes-Benz 300 SL cars have been advertised for auction. One is a 1955 Gullwing and the other is a 1957 Roadster. According to UK’s The Sun the autos remain in their unrestored condition. The two have belonged to the same owner since they have been brought brand new. The source said the SLs were originally owned by a… Continue Reading » 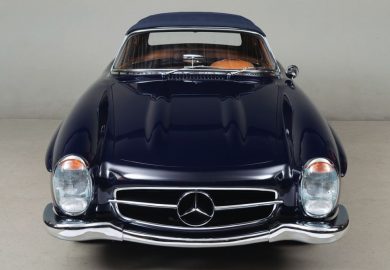 The 1961 Mercedes-Benz 300 SL is a magnificent piece of art, especially if it is restored to its former glory. Well, this was what happened to this particular model, as shown on a report from motorward.com. Seeing this unit will likely make classic luxury car enthusiasts drool with envy. This unit is actually a part of the extensive collection of Canepa. Aside from being restored, it was enhanced as shown on the series of photos that was released recently. The navy blue finish of the 300 SL was not limited to the exterior body since the dashboard and wheels were also given dashes of this cool-looking color. As a result,… Continue Reading » 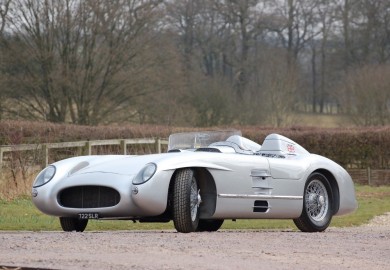 The reputation of Mercedes-Benz as a premier luxury vehicle manufacturer was cemented by the Mercedes-Benz 300 SLR. An original 300 SLR can be considered priceless since only nine units of the vehicle were released into the market. However, only six currently exist and they are likely stored in temperature-controlled garages. For those interested in getting their hands on this iconic luxury vehicle made famous after Sir Stirling Moss and Denis Jenkinson won the 1955 Mille Miglia, it is advisable to get a recreation rather than a replica. Recreations are typically built using original parts whenever possible through traditional building methods. A recreated 300 SLR was listed to be auctioned on… Continue Reading » 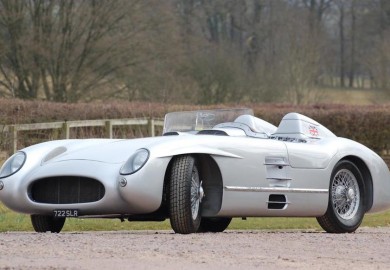 The Mercedes-Benz 300 SL Gullwing is considered as the most iconic and sought-after model of the German luxury vehicle manufacturer. However, only one other model can rival the SL Gullwing as the most desirable Mercedes-Benz model, the Mercedes-Benz 300 SLR racer replica. The SLR racer is the same one that allowed Sir Stirling Moss to win the Mille Miglia in 1955. It appears that a replica of the vehicle of Moss is available for sale in the United Kingdom, as shown on a report from motorward.com. The authenticity of the model remains uncertain, but it is nearly impossible to get the original since only six units are currently existing, and… Continue Reading » 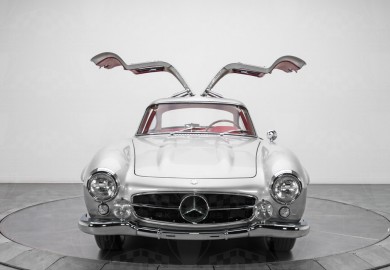 A three-year market high was reached after a 1954 Mercedes-Benz 300 SL Gullwing was sold at a price tag of $1.9 million, as shown on a report from autoevolution.com. The Gullwing put up for sale by RK Motors Charlotte was in excellent condition, both its appearance and its engine. The vehicle only had one owner for the past five decades and only clocked 45, 697 miles on its odometer. The fact that it was fully restored and comes with original tools, books and belly pans along with an optional Nardi steering wheel accounted for its record high price. This particular unit features a grey exterior and a red leather interior…. Continue Reading » 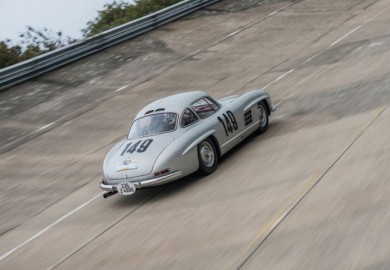 RM Sotheby’s will have a special item up for sale next month, a 1955 Mercedes-Benz 300 SL ‘Sportabteilung’ Gullwing, as shown on a gtspirit.com report. This unique car is among the four units in the world designed for racing. It was able to place second at the Tour de France in 1955 with Sir Stirling Moss in the driver’s seat. The car was named ‘Sportabteilung’ since the competition department of Mercedes-Benz completed this 300 SL. Instead of using the lightweight alloy typically used on a standard car, it comes with a standard steel body to increase its strength against stress normally associated with competitive driving. The chassis number of particular… Continue Reading » 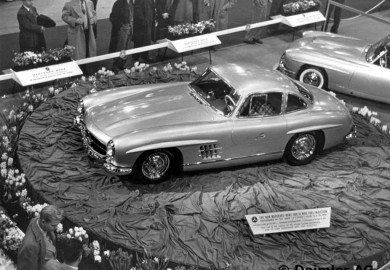 The Global Media Site of Daimler announced that Mercedes-Benz will be offering genuine spare parts for the Mercedes-Benz 300 SL (W 198) again. This is to allow owners of its gullwing and roadster variants to be able to restore their units with utmost authenticity. Parts for the standard rear-axle gear ratio of 1:3.64 have always been available. But it should be noted that it has been decades since the bevel gears and crown wheels for the W 198 rear axles have ran out. But thanks to a very costly reproduction process, as Daimler said, owners of the classic Mercedes can now have access to the mentioned spare parts of the 300… Continue Reading »