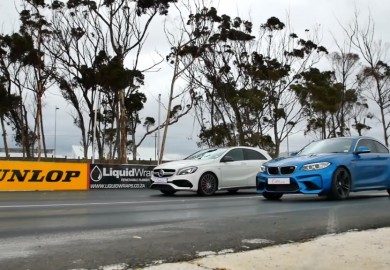 The Mercedes-Benz A45 AMG is one example of a hot hatch that evolved from a simple car meant to be marketed to the masses. Around forty years ago, the hatch was merely a budget friendly vehicle designed to make cars affordable to ordinary people. But, this change with the release of the A45 AMG with its 381 PS power output. The past decade saw the development of luxury hatchbacks offering performances close to that of a sports car. Aside from the A45 AMG of Mercedes-Benz, BMW also offered the M2. These two hot luxury hatches were pitted against each other recently, as shown on a report from autoevolution.com. The race… Continue Reading » 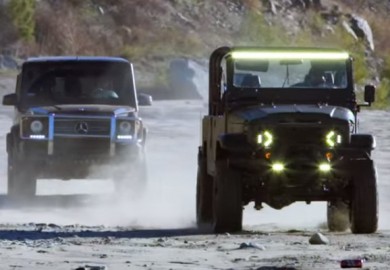 The 2016 Mercedes-AMG G65 and the 1973 Icon FJ44 almost have the same price. According to Motor Trend, the former costs $221,925 while the latter is priced at $222,000. That’s just a $75 difference. Except their box-shaped bodies, these sport utility vehicles have features distinct from each other. Jonny Lieberman and Jason Cammisa, both Senior Features Editor of Motor Trend, pitted the two SUVs in the 75th episode of its show called “Head 2 Head” to see which one is the better $222,000 vehicle. Both vehicles were driven in the sunny streets of Beverly Hills. Following that, the two were taken to over rough terrains outside the city. Tale of… Continue Reading »

Mercedes-AMG GT S Goes Up Against The Porsche 911 GTS 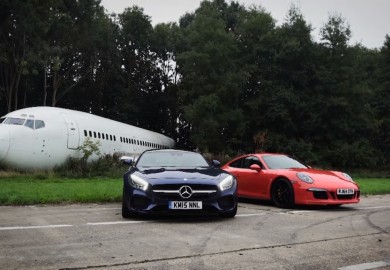 The Mercedes-AMG GT S is an engineering marvel in itself with its 4.0-liter bi-turbo V8 engine offering 510 HP of power. These figures were put to a test recently against the Porsche 911 GTS, as shown on a report from autoevolution.com. The guys over atop Gear wanted to test the performance of the two sports coupes in a straight line drag race. It should be noted that the two sports coupes are produced by auto manufacturers based in Stuttgart. But, this is probably one of the few things they have in common. The 911 comes with a 3.8-liter V6 engine offering 430 HP of power, which puts it at a… Continue Reading » 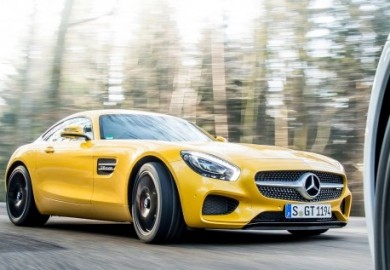 The Mercedes-AMG GT S takes over as the three-pointed star marque’s most powerful car after the era of the Mercedes SLS AMG. Now, how will it fare if pitted against a fellow sports car like the Nissan GT-R Nismo? Before proceeding with the race, let’s take a look at the key specs of the two. Mercedes-AMG GT S The Mercedes-AMG GT S balances design with performance. It carries many of the key styling features of its predecessor, the SLS. Some of the exterior styling  of the car were even adopted in the latest Mercedes-Benz SLC. The GT S is equipped with a handcrafted 4.0-liter biturbo V6 engine from AMG. It… Continue Reading » 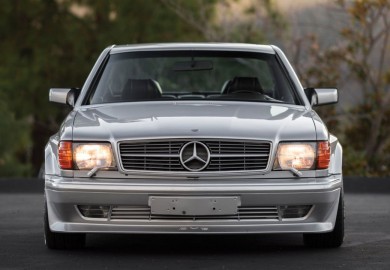 A 1989 Mercedes-Benz 560 SEC Wide Body is set to be auctioned by RM Sotheby’s in Phoenix, Arizona, as shown on a report from worldcarfans.com. This 560 SEC was manufactured when Mercedes-Benz did not have an agreement with AMG. However, Affalterbach engineers typically worked on the vehicles produced by the German luxury vehicle manufacturer. This 1989 560 SEC Wide Body model was one of the vehicles the company worked on. It is one of the units that were meant to be sold in the market in Japan and has become a part of a collection until now. This particular unit is the twenty-eighth unit assembled and its mileage is limited… Continue Reading »

OEM Vs Mercedes Replica Wheels: Which One Should You Choose? 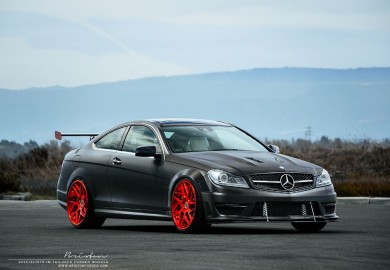 So you got yourself a Mercedes-Benz. However, you might be feeling like you want more out of it. Maybe because you just want to improve its performance, or simply give it a more distinct look to make it stand out from the rest of its lineup. Therefore, you decide to start with the wheels. However, you are again confronted with two choices; whether to get original equipment manufacturer (OEM) or Mercedes replica wheels. Now, everything is entirely up to you, since it’s your car anyway. But just to help you weigh things down a bit, let us tackle the pros and cons of each. OEM Wheels Mercedes-Benz strongly recommends that you… Continue Reading »

The Pagani Huayra Vs Four Other Super Cars 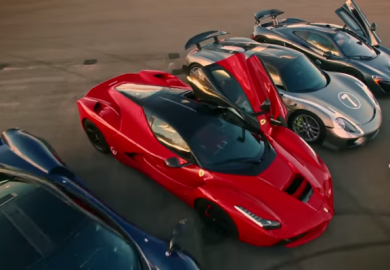 A series of videos titled Hyper 5 released by Salomondrin on YouTube, which started two weeks ago up to yesterday, showcased the best cars on the planet today. The series started with each hypercar sprinting in the 4.5-mile private motorsports facility of The Thermal Club to see the one with the best lap time. After that, an elimination race was made for the bragging rights to being the quickest car on the planet.  Among them was the Pagani Huayra. The Pagani Huayra is one exceptional super car. It has a very appealing design that sets it apart from its brutish-looking or less attractive counterparts from other brands as seen in the video. However, it… Continue Reading »