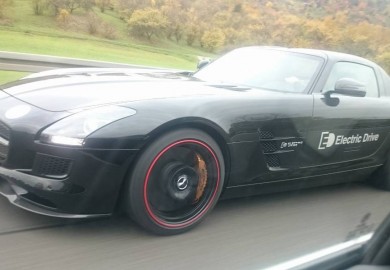 A limited number of the Mercedes-Benz SLS AMG Electric Drive was produced and seeing one in the flesh rarely happens. However, one was spotted recently as shown on by a report from autoevolution.com. The rare sighting was caught by Timo Nitsch, who immediately snapped a number of photos of the luxury vehicle. The photos were then sent to Gumbal. However, no information came with the images, which means it is not easy to know when the images were taken. But, the SLS AMG Electric Drive caught on camera came with Dutch license plates. Basing on the background and the name of the person who took the pictures, it was likely… Continue Reading »

Video Shows Mercedes-AMG Range Doing The Rounds On The Ring 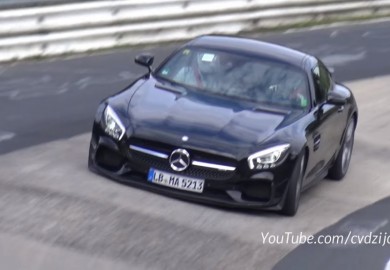 The Mercedes-AMG range saw a number of additions in recent months. Apart from the Mercedes-AMG GT, which remains the best among the rest, industry watchers do not find it easy to choose the best in the rest of the lineup. This situation is mainly due to the fact that each model is a different car. A video posted recently may make the decision easier to make as four Mercedes-AMG models were spotted being tested at Nürburgring track, as shown on a report from autoevolution.com. The video shows the Mercedes-AMG C63 Coupe, AMG GT, SLS AMG and C63 Sedan doing the rounds at the track. While the Mercedes-AMG range has similar… Continue Reading » 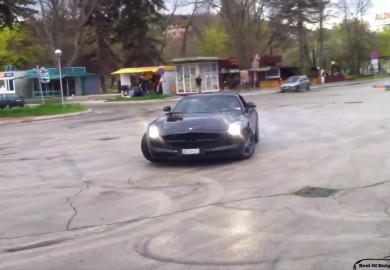 The announcement of the Mercedes-AMG GT signaled the end of the Mercedes-Benz SLS AMG as the flagship sports car of the German luxury vehicle manufacturer. The SLS AMG was even described by Jeremy Clarkson as the best supercar in the world around three years ago when he was still a part of Top Gear. Despite the end of production of the SLS AMG, it still continues to make its presence felt. In fact, a video showed the luxury supercar doing donuts somewhere in Bulgaria, as shown in a report from autoevolution.com. Even if the new AMG GT is cheaper and faster the SLS AMG, the latter still has a number… Continue Reading » 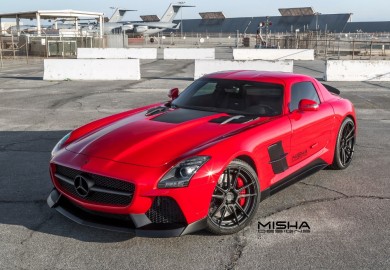 Last year, Misha Designs provided a teaser for its latest body kit for the Mercedes-Benz SLS AMG. And recently, the tuning specialist finally revealed in full the body kit for the supercar of the luxury vehicle manufacturer from Germany, as indicated on a report from gtspirit.com. The body kit simply enhanced the aggressive appearance of the luxury vehicle. While it has an uncanny resemblance to the SLS AMG Black Series, the latest enhancements on the SLS AMG made it a little bit more outlandish, which gave it its own unique character. The American tuning company provided the front part of the Mercedes-Benz SLS AMG with a distinctive new bumper that… Continue Reading » 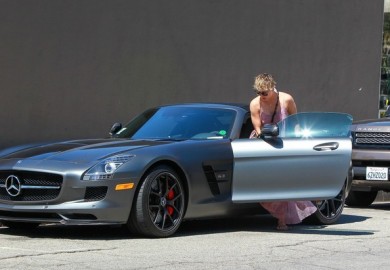 Kaley Cuoco is among the most photographed celebrities in the world, which makes it easy to find pictures of the Big Bang Theory star in a luxury vehicle, like the Mercedes-Benz SLS AMG Roadster. A report from autoevolution.com indicated that the new matte grey SLS AMG Roadster of the star does not come as a surprise to celebrity-watchers since she earns a good amount of money for every episode of the show. Cuoco plays the role of Penny in the Big Bang Theory, where she earns around $1 million for every episode. The paparazzi’s favorite celeb was spotted recently boarding a matte grey SLS after her yoga class. The Big… Continue Reading » 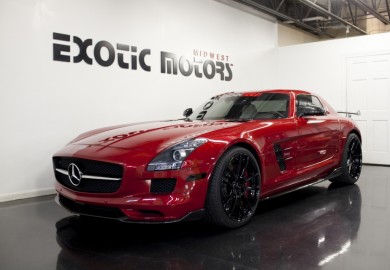 The Mercedes-Benz SLS AMG is a powerful luxury sports car in itself, offering around 563 HP of power through its potent naturally-aspirated 6.2-liter V8 engine. Despite this remarkable power output, a number of sports car enthusiasts still want more from this supercar from the luxury vehicle manufacturer from Germany. A number of tuning companies have upgraded the SLS AMG to increase its power output. One of these tuning specialists is Renntech. The tuning specialist was able to bump up the power output of the supercar to 635HP. Aside from the increased power, the SLS AMG from Renntech also enhance its torque to 540 lb-ft. The increase in the power output… Continue Reading » 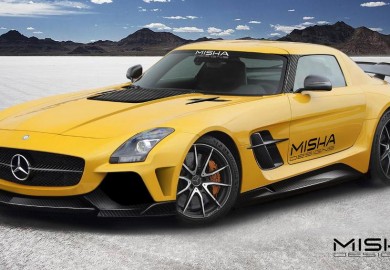