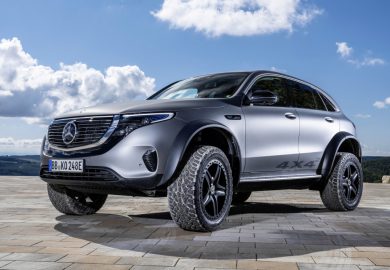 Mercedes-Benz just unlocked the off-road capabilities of the EQC electric vehicle. The German automaker gave the sport utility vehicle a taller ride height as well as more aggressive approach and departure angles than the standard Mercedes-Benz G-Class. The new concept is called the Mercedes-Benz EQC 4×4 Squared. Sadly, the EQC 4×42 Squared is only a one-off creation from Mercedes, and it will unlikely go beyond the concept stage. However, it just shows that EVs are not only for the concrete pavement but they can also go off-road. The EQC is the first fully-electric SUV from Mercedes under its EQ range. Due to the pandemic this year, the arrival of the… Continue Reading » 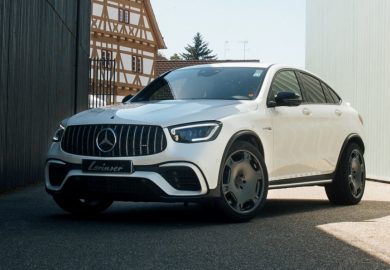 Lorinser GmbH recently released a new tuning package for the Mercedes-AMG GLC 63 S. It consists of a power boost, subtle cosmetic enhancement, and large classic wheels that add more elegance to the compact luxury crossover sport utility vehicle. Here is a quick look at the upgrades provided by the new Lorinser package to the AMG GLC 63 S: Engine In its stock configuration, the AMG GLC 63 S crossover’s 4.0-liter twin-turbo V8 engine produces 510 hp and 516 lb-ft of torque. All that power goes to an all-wheel-drive system and distributed via a nine-speed automatic transmission. The setup allows the auto to sprint from 0 to 62 mph in… Continue Reading » 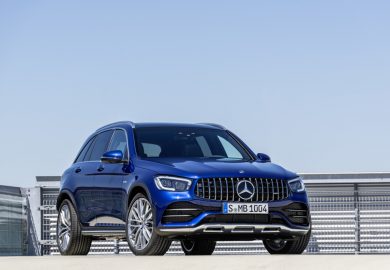 The Mercedes-AMG GLC43 sport utility vehicle and coupe just arrived. The models are now sporting a fresh look, equipped with more advanced technology and possessing a little power boost. The AMG GLC43 trim may be sitting below the Mercedes-AMG GLC63, but Mercedes certainly didn’t hold back with its array of neat features. Here are the top four selling points of the new AMG GLC43 SUV and Coupe: Engine The AMG GLC43 SUV and Coupe are fitted with a 3.0-liter biturbo V6 engine producing 390 hp (23 hp up from the previous model) and 520 Nm of torque. The power is directed to an all-wheel-drive system and distributed via a nine-speed… Continue Reading » 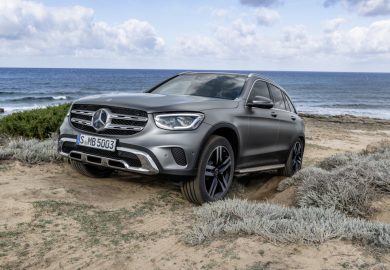 The 2020 Mercedes-Benz GLC is making its way to the Geneva Motor Show next week. The luxury sport utility vehicle features subtle exterior and interior updates. It also carry’s a new tech and a bunch of optional add-ons for buyers to choose from. Exterior The new GLC is fitted with the latest chrome, twin-grille design of Mercedes with flute-like inserts. The front bumper is highlighted by a chrome frame on its center too. The same material can be seen in the running boards, skid plates and trapezoidal tailpipes of the AMG Line version. Moreover, the LED headlamps are now narrower compared to the previous model, and the taillights have rectangular… Continue Reading » 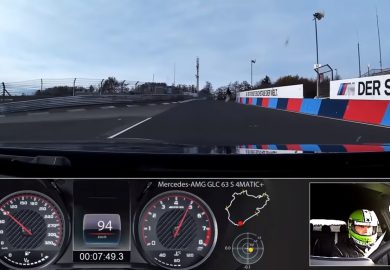 Earlier, AMG boss Tobias Moers said that they are not interested in setting new records on the Nurburgring Nordschleife track with their One hypercar. However, their actions as of late have contradicted their statement as the Mercedes-AMG GT S 4-Door claimed the “fastest fully-fledged four-seater production car” title on the circuit, and recently, the Mercedes-AMG GLC 63 S took the mantle of being the fastest series-production sport utility vehicle to conquer the track. A new video released by AMG shows the AMG GLC 63 S taking on the Nurburgring challenge. The SUV logged a notarized time of 7:49:369 on the 20.8 km lap. Before the AMG GLC 63 S took the crown,… Continue Reading » 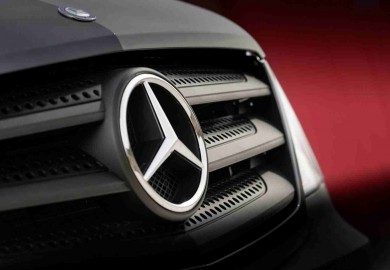 In the past 18 months, Mercedes-Benz recalls have numbered over 1.4 million. The U.S. National Highway Traffic Safety Association (NHTSA) has started a probe on the German automaker for possible compliance issues. According to Reuters, a communication from NHTSA dated October 22, 2018, alleged that Mercedes may have missed the deadlines in sending letters to their customers affected by recalls. The agency also claimed that Mercedes failed to furnish them copies of the said letters on time. Furthermore, the German luxury brand appeared to have omitted important details in their reports such as the estimated percentage of problematic units under the recalls as well as their recall plans. NHTSA complained… Continue Reading »