Check Out These Highlights From the 2018 Men in Benz Rally 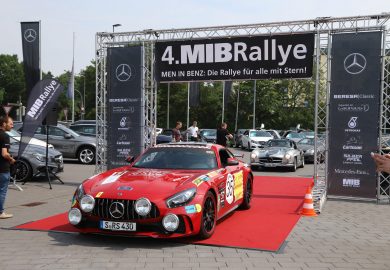 The 2018 Men in Benz (MIB) Rally just concluded a couple of days ago. The event went successfully, and the organizers were able to raise €26,700 for charity. Also dubbed as the 4.MIBRallye, the MIB rally is already in its fourth year. The latest event ran for two days from June 8 to 10. The show started in Steinfurt, Germany at the BERESA Classic. Then, it wrapped up at the Mercedes-Benz plant in Bremen. According to the press release of the show, the proceeds of the 4.MIBRallye is for the benefit of the “Laureus Sports For Good Foundation Germany.” The cash was shelled out by the participants as well as the rally… Continue Reading » 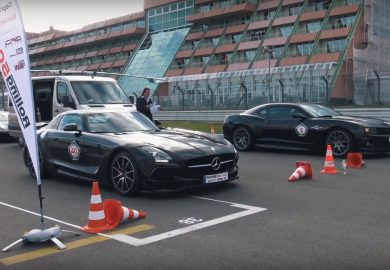 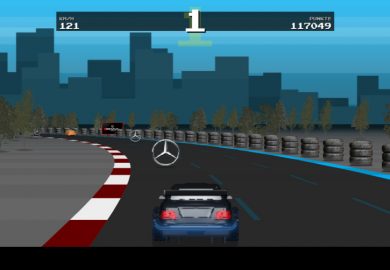 If you happen to love playing classic video games, here’s your chance to put your skills to the test and win real prizes. A new Mercedes-Benz retro game lets you win a ride in the Mercedes-AMG C63 DTM race taxi and other consolation prizes. Celebration of Mercedes-AMG’s 30 Years in DTM The Mercedes-Benz retro game is in commemoration of Mercedes-AMG Motorsport’s 30th anniversary in the DTM scene. It can be played at a dedicated webpage under AMG Motorsport. The game brings us back to the graphics found in arcades, PC and consoles during the 80s and 90s. It features a blue Mercedes DTM car, which the player will have to drive in… Continue Reading » 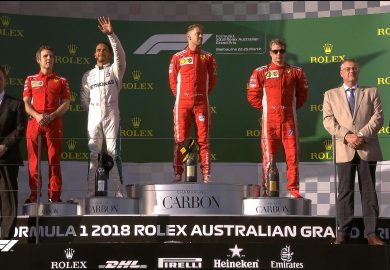 Lewis Hamilton was able to get out to a smooth start to open the 2018 F1 opener, but Ferrari’s pit strategy and the virtual safety car helped shift the race to Sebastian Vettel’s favor. Vettel took home the Australian Grand Prix win and the early lead in the driver’s standings. Hamilton finished second, while Kimi Raikkonen fended off Daniel Ricciardo for the final spot on the podium. Hamilton pitted in lap 18 after Raikkonen, momentarily giving Vettel the race lead. Between lapping and Hamilton’s pace, Raikkonen is just unable to keep up. Romain Grosjean’s exit prompted an appearance by the virtual safety car, however, and Vettel was able to pit… Continue Reading » 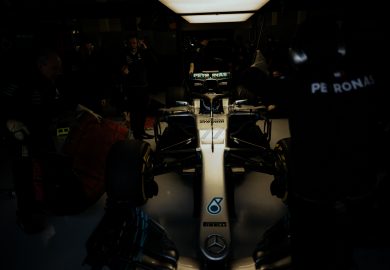 Formula One teams have been unveiling their 2018 cars day by day. Today we get the grand reveal for last year’s top teams. Mercedes AMG Petronas showcased the F1 W09 EQ Power+ at Silverstone. The most prominent change is the addition of the new halo system, designed to augment the protection for the cockpit. According to the team, this is their most advanced machine yet. It is said to be an improvement over last year’s car in almost every aspect. In addition to retaining key strengths that allowed Mercedes to set the pace, team boss Toto Wolff said the team was also hard at work to improve upon the flaws that… Continue Reading » 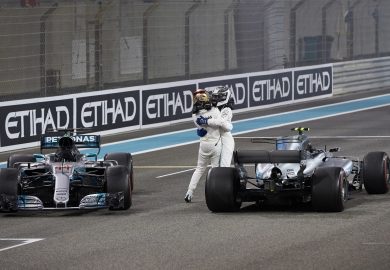 Valtteri Bottas had an anticlimactic win in an anticlimactic race, cruising comfortably from pole position to take the victory at the Abu Dhabi Grand Prix to close out the 2017 F1 season. The Finn had no problems closing this one out. Bottas finished 3.899 seconds ahead of teammate and champion Lewis Hamilton, who finished in second place. It was only the fourth 1-2 finish for Mercedes this season. t was also a much-needed victory for Bottas. He went through a relatively bad second half of the season that saw him post two retirements. He was renewed by the team for 2018, so it must be a good feeling to give the… Continue Reading » 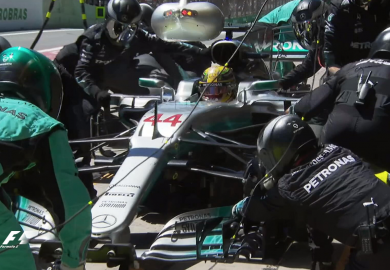 Lewis Hamilton just fell short of making an improbable comeback after starting from the pit lane. The world champion finished in fourth place after climbing back up the grid, as Ferrari’s Sebastian Vettel cruised to a solid win after getting out in front in the opening lap ahead of Valtteri Bottas in pole. The race finished with Bottas second, and Kimi Raikkonen took the final podium spot in the 2017 F1 season’s penultimate race. Red Bull’s Max Verstappen went fifth after Hamilton, while his teammate followed in sixth place. Felipe Massa went a solid seventh in his final race at Interlagos. Fernando Alonso posted a strong eight-place finish. Sergio Perez… Continue Reading »