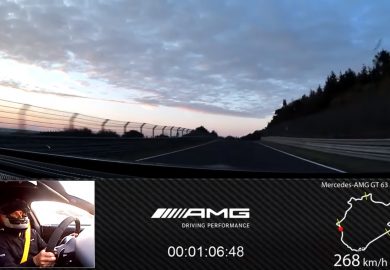 The Mercedes-AMG GT 4-Door just went around the 12.8-mile track of the Nurburgring Nordschleife. Using the AMG GT 63 S version of the car, it set a lap time of 7:25.41. Mercedes immediately went on to claim bragging rights as the automaker said that it’s new record set by a four-door production car. The claim of Mercedes is hotly contested by Jaguar though. In 2017, the XE SV Project 8 of the British automaker finished a whole lap on the endurance track in 7:21.23. Like the AMG GT 4-Door, it is a four-door production car, although limited only in 300 samples. The feat of Jaguar was achieved by removing the… Continue Reading »