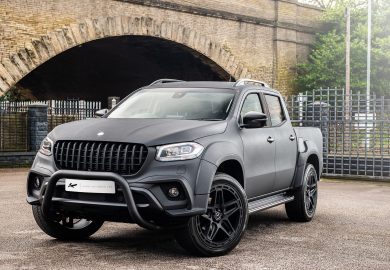 Despite the three-pointed star brand’s decision to ax the Mercedes-Benz X-Class, tuners are still not giving up on it. Recently, Kahn Automobiles released a modified version of the auto with a dark military-inspired design. Currently, Kahn Automobiles offers plenty of accessories for those who want to customize the appearance of the X-Class. However, this particular setup for the right-hand-drive variant of the X350d model is getting plenty of attention because of its very sinister aura. The whole upgrade costs £63,999 or $84,552 based on prevailing exchange rates. It features a tubular metal brush bar and front grille with vertical slats similar to the design of AMG vehicles. The pickup possesses… Continue Reading »

Mercedes-Benz X-Class Given a Cosmetic and Performance Makeover 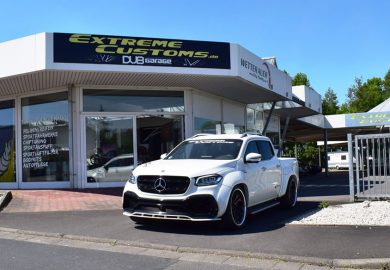 When the Mercedes-Benz X-Class was announced in 2015, everyone had high hopes in it, including yours truly. A year later, its concept was unveiled, which held a lot of promises. When its production version was finally unveiled though, it was a letdown for many because it didn’t stand out much from the Nissan Navara, which it shares a platform with and around 30% more affordable than the luxury pickup. We were still optimistic about it but before its promised higher-end trims were released, the product was axed from Mercedes’ production line. Despite its disappointing reviews and Daimler’s decision to end its production, the X-Class remained as a darling among tuners—probably… Continue Reading »