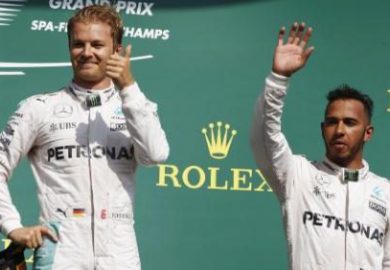 In the first race back from the mid-season F1 break, Nico Rosberg won the 2016 Belgian Grand Prix, snapping a four-race skid that saw him relinquish the points lead to Mercedes teammate Lewis Hamilton. eanwhile, Hamilton took third place despite starting the race from the back row. He was able to make up places quick thanks to some early chaos. He managed to get his car to P13 before the incident that defined the race. Thanks to a red-flag situation caused by Kevin Magnussen driving his Renault into a wall, the red flag was deployed and the race was even suspended for a short time right after in order to… Continue Reading » 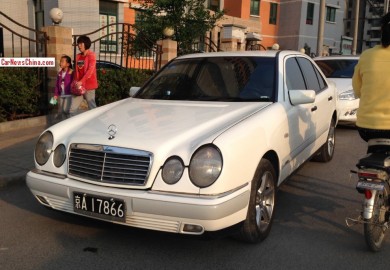 Even though it was not officially exported to China, a W210 Mercedes-Benz E320 was seen recently in Beijing, according to carnewschina.com. The luxury vehicle was seen near the Fourth Ring Road in the eastern part of Beijing. The images showed the remarkable vehicle in white paint and black tint. It also featured five-spoke AMG alloy wheels. Mercedes-Benz produced the W210 from 1995 to 2002. It also went through enhancements in 2000. The vehicle spotted in China was the model that did not go through the enhancement. Since the vehicle was not officially exported into China, it remains uncertain how the vehicle made its way into the streets of Beijing. The… Continue Reading »